In Sunday’s edition of the New York Times, Thomas Friedman wrote a scathing column against Israel’s foremost supporters and lovers. Friedman’s column is a hit piece meant to serve as fodder for some of the NY Times’ anti-Israel and left-wing readership. But instead of delving into the author’s motives for writing the piece, I’d like to examine the various claims he makes.

The thesis of his column is that Sheldon Adelson’s “loving Israel to death” serves Iran’s interests and makes Adelson “Iran’s Best Friend.” What an absolutely pathetic and fallacious claim.


I have the great privilege of knowing Sheldon Adelson personally. There is nobody in the philanthropic arm of the Jewish community that has been a more vocal opponent of Khameini and Iran than Sheldon.

We in the Jewish community know that there are few things Khameini and his ilk hate more than the idea of promoting Jewish continuity and preserving the memory of the Holocaust. On that note, there is nobody who has invested more dollars into both of these initiatives than have Sheldon and Miriam Adelson.

When it comes to promoting Jewish continuity, the Adelsons have served as the principal supporters of Birthright Israel – thereby responsible for sending over 350,000 young Jews from across the world to experience their birthright firsthand. Surely we can agree that Khameini and his adherents seek more than just the delegitimization and destruction of Israel; but also the destruction of the Jewish people.

Then there is the Adelsons’ investment of tens of millions of dollars toward preserving the memory of the Holocaust. They have done this to not only ensure that members of my generation never forget about the slaughtering of 6 million Jews, but to also educate the senseless and intellectually dishonest Jew-haters about the Holocaust, many of whom are found in the Iranian leadership.

It’s no secret that Rouhani is a Holocaust denier. Perhaps Mr. Friedman could please explain how Mr. Adelson’s gift of $25 million to Yad Vashem, the largest in the museum’s history, makes Adelson “Iran’s best friend.” I would instead posit that these two major philanthropic endeavors that the Adelsons have proudly taken upon themselves make Khameini and Rouhani cringe – as they should.

Friedman goes on to talk about the so called “occupied territories” and how the continuation of such a policy under the auspices of the Israeli government is what is truly responsible for the BDS campaign and the world’s increased hostility toward Israel. This is evidence that what Mr. Friedman needs more than anything else is a history lesson.

The West Bank or Judea and Samaria were not lands that Israel conquered through a war of its own choosing. Instead, Israel captured these lands from the actual illegal occupiers of it, the Jordanians, the ones who attacked Israel and forced her into battle there in 1967. The term “occupied territories” is therefore a farce, one designed to delegitimize Israel, much like the BDS campaign and its proponents.

Perhaps Friedman should reassess which team he belongs to; is it the Adelson camp? One that supports and loves Israel to the point of courageously standing against its enemies even when it means being subjected to the wrath of some in the mainstream press. Or instead, does Friedman belong to the Boycott Divestment and Sanctions campaign camp, a camp that does not include supporters of Israel? Should Friedman be counted amongst those working vociferously to delegitimize Israel by continuing to harp on the fallacious claim that the Israelis are “occupiers?”

Mr. Friedman, as a current student of your Alma Mater, Brandeis University, I can tell you with full confidence that the BDS campaign has little to do with the reality of life in the so-called “occupied territories” and is instead rooted in pure Jew hatred. I urge you to visit some college campuses next year during Israel Apartheid Week so that you can witness this first-hand. The folks behind the BDS effort aren’t looking for peace. They are merely anti-Semites trying to conceal their genuine motives through a campaign that folks of your stature have deemed to be, and thereby appear to make, credible. 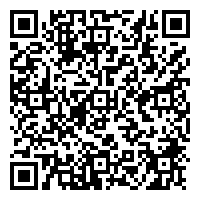