Eager to put an Inquisition and centuries of abandoned Jewish neighborhoods behind them, Portuguese leaders are actively courting Jews to come back to the country.

During a visit to the U.S. earlier this month, Portugal’s secretary of state for tourism, Ana Mendes Godinho, met with Jewish leaders in an effort to highlight the indispensable role of Portuguese Jews in her nation’s history and heritage. And she’s determined to bring Jews to Portugal to experience it for themselves.


At a dinner at Manhattan’s La Marais on February 5, she discussed Portuguese-Jewish ties in the past, present, and future. She was accompanied by Dr. Gabriel Steinhardt, president of the Lisbon Jewish community, and Rabbi Natan Peres, Lisbon’s new chief rabbi. They both spoke of Jewish history in Portugal and about the growing Jewish communities there today.

“We want a Jewish presence in Portugal,” said Mendes Godinho, “and we look to Jewish investment.” Citing low unemployment and calling Portugal the “third most peaceful country in the world,” she stressed the importance of bringing Jews to visit and live in Portugal.

The minister encouraged visitors to discover the beauty of this country on the Iberian Peninsula, so much of which was cultivated by Jews.

The memory of the 15th century Portuguese Jewish biblical scholar Abarbanel lives on in Lisbon. Jewish historian and astronomer Abraham Zacuto, whose expertise in navigation played an important role in the Portuguese exploration expeditions to the New World, is being given new recognition. They both have become selling points in Portugal’s outreach to Jewish communities abroad.

The deep imprint of Portugal’s Sephardic Jews on the culture and history of Portugal reaches back more than two thousand years. And there is the ongoing influence of Crypto-Jews or Marranos, with nearly 20 percent of today’s Portuguese population claiming Jewish ancestry.

Portuguese officials point to what they characterize as an almost non-existent level of public anti-Semitism in modern-day Portugal. They highlight their country’s role as a safe transit during World War II, enabling the passage of thousands of Jewish refugees through Lisbon. Many of these were aided by the famous Portuguese diplomat Aristides de Sousa Mendes, who in 1966 was recognized by Israel as one of the Righteous Among the Nations.

The passage of Portugal’s 2013 Law of Return for Sephardic Jews and their descendants has boosted the Jewish presence in Lisbon, Porto, and beyond. The legislation followed renovation of Portuguese Jewish neighborhoods and heritage sites. A new synagogue was established in 1996 in Belmonte for the longest standing Marrano community, and in 2008 a memorial was dedicated in Lisbon’s Rossio Square to commemorate the massacre of thousands of Jews there in 1506.

As Portugal’s president, Marcelo Rebelo de Sousa, told a group of Jewish leaders in New York last year, “Your history is our history.” 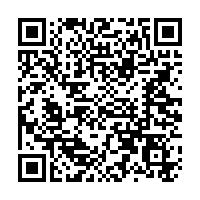