I have three grandsons serving in the Israel Defense Forces. If any one of them were, God forbid, captured, I would demand that every Arab murderer be set free so that my grandson would come home alive and well. I would demonstrate, argue, demand, organize marches, cry, fight, and scream that my grandson be freed.

All of the Arabs lumped together are not worth the life of any one of my grandsons.

This was the approach of the Shalit family and it appears, as this is being written, that their son will, thank God, be coming home shortly.

If I were the prime minister of Israel, however, I would not free even one Arab murderer who might return to kill more innocent children or adults.

How could I decide that releasing even one Arab murderer of Jews was justified? How could I ignore the future tears of parents and grandparents of children who would fall victim to any one of these thousand terrorists being released? How could I forget the tears of children already made orphans by Arab terrorists? How could I stand quietly and watch the smiling faces of the murderers being greeted with such joy by their fellow Arabs?

The Israel government’s action of freeing a thousand terrorists to achieve the return of one Jewish son strengthens us morally – but weakens us physically.

As a parent, I understand the Shalit family and believe that what they are doing is right. But as an Israeli and a Jew – and as a parent, grandparent and great-grandparent of Jews living in Israel who will all now be placed in greater danger by these thousand freed terrorists – I cannot believe that any intelligent government leaders would agree to such a deal.

How soon we – and the world – forget what our Arab neighbors are capable of. The 9/11 atrocity is just a few years old. The monument to the thousands who were murdered is still being built, yet the world is already forgetting.

What do you think the Arab terrorists have learned from previous deals and from this deal? Murder Jewish men, women and children and then capture one Israeli soldier and negotiate for the release of any Arab murderers captured by the Jews. They can kill Jews, they realize, because Israelis are so compassionate and foolish that if the terrorists succeed in capturing even one Israeli, they can negotiate the freedom of many of the terrorist murderers.

To understand the Arab mentality, we need only remember the reaction of the Arab “man in the street” when Israel released terrorists in the past and when news came of the destruction of 9/11 – the dancing in the streets, the distribution of candy to children, the granting of pensions to families of terrorists. And then there were all the celebrations, videotaped for the world to see, glorifying the murder of innocent Jewish children and adults.

What does that say about the national character of the Arab world?

I am impressed by the Jewish compassion for even one Jewish soul. But I am appalled by the foolishness of our Israeli government. Jewish leaders are required to be concerned about all Jews. When we free a thousand terrorists – many with Jewish blood on their hands – we are again proving to the Arabs how weak and fearful we really are.

They understand that by capturing an Israeli boy or girl they can generate a huge amount of public pressure among Israelis to trade a thousand of their terrorists for one Jew. We also quickly forget how many soldiers sacrificed their lives in the attempt to capture many of these Arab terrorist prisoners.

If Prime Minister Netanyahu can no longer take the heat of the righteous pressure applied by families and friends of Jewish captives, he should resign and let someone stronger take his place.

It is not easy being a leader. It is very difficult being the prime minister of a Jewish nation. But it is wrong to free a thousand Arab terrorists to roam the world looking for more Jewish victims. Does anyone think Gilad Shalit’s freedom is worth more than the lives of those who, God forbid, will be murdered by these freed terrorists?

The Shalit family left the protest tent in Jerusalem they had occupied for more than a year and headed home after news of the impending release of their son was broadcast. One commentator suggested that they not dismantle the tent because it may, unfortunately, soon be needed by another Israeli family whose son will be kidnapped and held hostage by Arab terrorists demanding the freeing of other murderers.

I am happy for the Shalit family. (As mentioned earlier, this is being written before the actual finalization of the deal for Shalit’s release; I only hope Netanyahu was smart enough to make sure Shalit was alive before freeing any terrorists.) But I am sad for the rest of us. We may yet end up paying an even higher price for their son.

Dov Gilor is a longtime Jewish Press contributor and columnist. 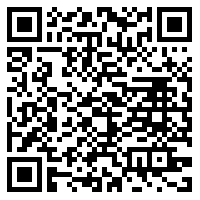