Jonathan and I talked about it. He too is very taken by your sincerity and purity of heart. This description of your total immersion in chessed completed the picture for him, and he wanted to share it with you. That is why he encouraged me to write to you now.


You know Shlomo, anyone can do chessed with his “mammon” (his possessions; his money) and we are taught that Hashem gives us our parnasseh so that every one at his own level can do chessed and tzedakah.  We always hear you say, “G-d has been good to me, so I am glad to do for others…” and that awareness again singles you out as someone very special. But what really distinguishes you is not your amazing and endless generosity with your “mammon”, rather it is your enthusiasm and your joy in doing a mitzvah and the way you throw your whole self into doing, giving generously of your time and your attention and your own physical labor — and that is outstanding beyond words.

Jonathan and I agree that it is very rare these days that people know how to love; and to love is to give. How many people really know how to give of themselves? Those who do –like you, dear Shlomo— are surely beloved of HaShem!

Jonathan and I are grateful for all the chessed you have extended to us, and impressed by the amazing model you represent for all of us, but most of all, we are grateful to Hashem for sending us a friend like you!

Be very blessed in all you do!

with love and appreciation,

Shlomo responded selflessly, of course, thanking and praising HaShem for allowing him a share in the mitzvah of pidyan shvuyim and praying for Jonathan’s immediate release. He wrote:

Wow, I never received a letter like this in my life! I have no words other than to say that the zechus is 1000 percent mine! I can never thank Hashem enough for allowing me to do a small part in this mitzvah for the two most special persons in the world. I know with my complete heart that Jonathan will be out very very very soon. I hope and daven that it will iy”H be tomorrow if not tonight. Have a Great Day Shlomo

During a remission in his desperate battle with the relentless illness which ultimately took his life, Shlomo told me how grateful he was to his beloved aishet chayil, Faygie. for her devotion, her dedication and her constant vigil at his side. He always spoke of Faygie with such joy and admiration. He credited her with always helping him to live up to his best self.

Shlomo also added that he credited Jonathan with keeping him alive. I had not expected that. He explained that when he was first diagnosed, the shock was so profound, that what kept him going and gave him the courage to fight was his relationship with Jonathan. He said that he had learned so much from Jonathan, and that first and foremost, he learned never to give up.

Shlomo had nothing to prove to anyone. He was soft spoken and not a big talker. He listened. He cared. He shared. He did not need attention or accolades from anyone. He was amongst Jonathan’s closest confidants and he attended some of the most sensitive meetings with us that Jonathan has had over the last few years. Shlomo was the soul of discretion. No one even knew he was with us at these meetings. He told me, “The only one I ever talk to about Jonathan is my wife. The only one who always knows where I am is my wife.” And that is the way it was.

Over the last while, even as his strength diminished, Shlomo still stayed in touch with us. Sometimes just a sentence or two by email. Sometimes a full message. Even a phone call or two, and a phone call with Jonathan as well. In the last email he sent us, Shlomo wanted us to know that he is “still davening for Jonathan three times a day”. 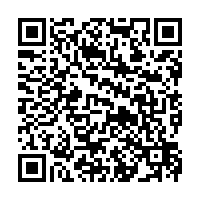