First there was the Arab League’s Khartoum Resolution of September 1967 after the Six Day War, infamous for what became known as the “Three Nos”: No peace with Israel, no recognition of Israel, no negotiations with it.

Then came the Arab League summit in Cairo last week, where Palestinian Authority dictator Mahmoud Abbas “improved” on that rejectionist formulation with his declaration of “One Thousand Nos” to the new American Mideast peace plan.

The Trump plan, Abbas ranted, is based on the evil Balfour Declaration, “devised by the US and UK to liquidate the Palestinian cause.” He repeated his 2016 demand that Britain apologize to the Palestinian people for the “catastrophes, miseries and injustices” of the Balfour Declaration, threatened to retroactively sue Britain, and threatened any world leader who might favor the Trump initiative.

Sheikh Mohammed Hussein, Abbas’ handpicked Grand Mufti of Jerusalem, reinforced Abbas’ threats and curses by warning that whoever negotiates on the Trump plan is a “traitor to God and His Messenger, and to the blessed Al-Aqsa Mosque, Jerusalem and Palestine. Whoever plans or supports this brute aggression, or is silent about it, deserves the curse of God, his angels and all people,” fulminated the Mufti.

So the question is: How far can Abbas go in opposing negotiation and compromise, encouraging violence, venerating terrorists, spewing hatred, and pushing the criminalization of Israel – while still being considered a paragon of peace by the Israeli Left (ref. Ehud Olmert), the American Jewish Left (ref. Jeremy Ben-Ami), and the global community?

Consider: For almost two decades, Israelis have been told that Mahmoud Abbas was the most reasonable Palestinian leader they could hope for; that he was Israel’s best partner for peace; that he was the moderate with whom a grand compromise deal could be reached. Israelis wanted to believe this so much.

Since then, Abbas has sought to turn the dynamics of peacemaking upside-down; to get his statehood “declared” by the international community without having to compromise with Israel. As such, he regularly calls upon international community “impose” a solution on Israel; to “compel” the government of Israel to withdraw from Jerusalem and “all the occupied Palestinian territories.”

Over the past decade, Abbas’ vitriol has become legend. At the UN General Assembly he has called Israel “brutal,” “aggressive,” “racist,” “apartheid,” “genocidal” and “colonial”; accused it of “multi-pronged policy of ethnic cleansing,” “extrajudicial executions,” and “targeting Palestinian civilians by assassinations, air strikes and artillery shelling.”

He rages wildly about “racist and armed gangs of settlers who persist with their crimes against the Palestinian people, the land, mosques, churches, properties and olive trees,” and libels Israel as possessing “a culture of racism, incitement and hatred.”

He speaks, of course, of Christian and Muslim historical connections to the Holy Land – and only theirs; and of 70 plus years of Israeli occupation, meaning that pre-1967 Israel is no more legitimately Israeli than is Judea and Samaria.

Abbas’ Fatah movement makes it clear that it ideologically rejects Israel’s very legitimacy, despite Palestinian signature on the Oslo Accords. The parlance in Fatah newspapers and social media accounts is regularly about transience and permanence, calling Israelis abiroun (transient) and Palestinians bakoun (those who remain). The message is clear: Eventually, Israel will be terminated.

Just this week, Fatah Commissioner and Central Committee member Tawfiq Tirawi posted on Facebook: “Who said that we are for a state (on the lines of) 1967? Who said this? In Fatah, this does not exist in our constitution and our charter!… We say that Nazareth, Haifa, and Acre (i.e., Israeli cities) are Palestinian, and they will remain Palestinian! Our Palestinian land is from the (Jordan) River to the (Mediterranean) Sea. I dare any Palestinian, any senior Palestinian official, or any Palestinian leader to reduce the Palestinian map to the West Bank and Gaza! He would not be able to walk one meter in the streets of our Palestinian cities.”

As Abbas grows more decrepit and nastier, he and his associates also have reverted to Holocaust denial. On January 23, Abbas’ good friend Muwaffaq Matar of the Fatah Revolutionary Council published a column in the PA official mouthpiece newspaper Al-Hayat Al-Jadida which glowingly referenced Abbas’s 1982 doctoral dissertation at Moscow’s Oriental College, “The Secret Relationship Between Nazism and Zionism, 1933-1945” – claiming that the Jewish Holocaust victims numbered less than one million.

So again, what will it take for the Israeli Left and the international diplomatic community to move beyond Abbas and consider other options?

This is an important question because of a critical historical precedent. Israel suffered similarly with Yasser Arafat during the Oslo process. Then too, the Left and the Clinton administration become so attached to the Palestinian leader and the concept of negotiations with him that they ignored his support for terror and his stoking of hatred for Israelis and Jews.

When critics of the Oslo process brought up evidence of Arafat’s actions they were dismissed as enemies of peace. Any attention paid to Arafat’s “flaws” was considered a distraction from the need to concentrate on advancing peace negotiations.

The same pathetic process has repeated itself with Abbas. His extremism has been ignored; his obstructionism overlooked; his corruption tolerated; his crackdown on democratically minded critics dangerously disregarded.

Until now. The Trump peace initiative leaves Abbas and his Fatah saboteurs behind, explicitly beckoning to Palestinians to project new leadership ready for compromise and true reconciliation with Israel; and holding out the promise of a bright national and economic future for them.

Alas, the Palestinian Authority under Arafat and Abbas has betrayed everyone: Palestinians, who were supposed to enjoy democratic self-rule and good governance; Israel, which was supposed to get a peace partner; and the Arab world, which was to be freed of debilitating conflict with Israel (on behalf of the Palestinians) in favor of mutually-beneficial regional cooperation. 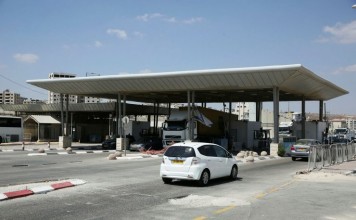