Leaders of the right-wing and religious Shas, Yemina and United Torah Judaism parties signed a joint letter in which they declared that they will support only Benjamin Netanyahu after the upcoming March elections.

The joint letter sent to Netanyahu on Sunday said that the right-wing bloc leaders are convinced that the bloc will reach the 61 seats required to form a stable national government.

The letter was initiated by Shas leader Aryeh Deri.

In response, Netanyahu stated that the pledge “is the last nail in [Blue and White leader Benny] Gantz’s bluff.”

“It is clearer than ever that Gantz cannot form a government without the support or abstention of Ahmad Tibi and the Joint List. A government that depends on the Joint List will be a danger to Israel’s security,” he said.

“Only a large Likud will establish a strong right-wing government, safeguard Israel and ensure that the left-wing government backed by Ahmad Tibi will not be formed,” he added.

Gantz said that pledge is “not worth the page on which it was written.” 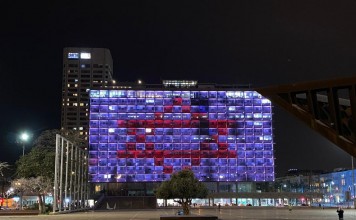