There was one corner of New York City last Thursday where the Senate Judicial Committee hearings into the accusations against Supreme Court nominee Brett Kavanaugh went largely unnoticed: the United Nations building perched on the East River, where the 73rd General Assembly has been in full swing this week.


But while the proceedings in Washington were electrifying, the spectacle at the United Nations had all the feel of an annual routine. Most of all, there were the usual lengthy speeches, laden with protocol and platitudes, and delivered by world leaders of varying rank whose visits to Manhattan for the diplomatic season are of dubious value to the taxpayers who underwrite them.

And then Mahmoud Abbas and Benjamin Netanyahu came along on Thursday morning. In different ways, both their speeches ventured onto territory similar to that under the spotlight in Washington, with its underlying themes of unanswered-for aggression and injustice, punctuated by reputational smears and factual distortions. Moreover, and again in different ways, both speeches pointed even uninformed listeners to the conclusion that the Israeli-Palestinian peace process, at least as conceived over the last 30 years, is now dead.

Israeli Prime Minister Benjamin Netanyahu speaks to the audience at the U.N. General Assembly in New York on Sept. 27, 2018. Photo by Avi Ohayon/GPO.

Abbas, in particular, sounded like a throwback to the 1970s, when the Palestine Liberation Organization was committed to a unified ”secular democratic” state stretching from the Mediterranean Sea to the River Jordan. Those were also the days when the PLO, with Soviet assistance, began pushing the libel that Israel is an “apartheid” state. In his U.N. speech, Abbas asserted exactly that point with relish, arguing that the recently passed law designating Israel as the nation-state of the Jewish people was the final seal on the inherently discriminatory character of the Jewish state.

This was the launch pad for some even more hyperbolic observations. According to Abbas, the Palestinians are the only nation on earth denied the right to self-determination—apparently, the Kurds, the Sahrawis and the Tibetans don’t exist. Towards the end of the speech, he even questioned whether the international community, which has lavished billions of dollars on the Palestinian Authority over the last two decades, regarded the Palestinians as human beings. Moreover, Abbas continued, the Palestinians are wise to the use of humanitarian aid as a political trick and will never accept anything less than a full state with eastern Jerusalem as its capital. Getting to that point will require a definitive break with the U.S.-led peace process, he argued, since the United States is now unambiguously in Israel’s corner. It will also require more “sacrifices” from the steadfast Palestinian people (this from a man whose mandate to govern those same Palestinians ran out 10 years ago.)

Ultimately, Abbas’s speech was a plea to retain the Palestinian question as the central challenge in the Middle East. While that argument was once taken for granted, especially by the Europeans, the wars in Iraq and Syria, the rise of Sunni Islamism and the looming Iranian threat all suggest a very different reality. So, at the same time as facing what he insists is Israeli and American duplicity, Abbas has to contend with a loss of status. And all this while Hamas in Gaza refuses to accept the P.A.’s authority—perhaps the most revealing of all of Abbas’s complaints, but one that was easily lost amid his verbal assaults on Israel and America.

When Netanyahu came to the podium about an hour later, his speech was the perfect illustration of why Abbas sounds so desperate. I didn’t time it exactly, but we were probably 30 minutes into the speech before he even said the word “Palestinian.” The Middle East, as presented by the Israeli prime minister, has evolved dramatically as a result of the empowerment of Iran enabled by the 2015 nuclear deal—so much so that the old divide between Israel and the Arab states over the Palestinians has been overtaken by an unprecedented spirit of unity in the face of Iran’s military interventions across the region. Preventing Iran from weaponizing its nuclear program is a goal shared by states across the Middle East, and as Netanyahu sees it, it is one whose urgency far surpasses the unresolved Palestinian question.

To expect Abbas, one of the few surviving members of the PLO’s founding generation, to adjust to this reality is a fantasy. Although the Palestinian leader has continually confounded predictions of his imminent demise, it will probably have occurred to Abbas that Thursday may well be the last time he addresses the U.N. In which case, he will have deliberately left a legacy of conflict, rather than the transformative strategic thinking the Palestinians desperately require if they are to achieve the two-state solution that President Trump says he “likes.”

In the final analysis, Abbas’s speech to the U.N. confirmed that the P.A. and the PLO are returning to their old game of undermining Israel’s legitimacy at every turn. Netanyahu’s speech demonstrated that while Israel is aware of the Palestinian retreat into maximalism, there are bigger problems that his country is facing. Ironically, it is the prospect of renewed warfare between Fatah and Hamas, strongly hinted at by Abbas, that is more likely than anything else to drag Israel’s attention away from Tehran. 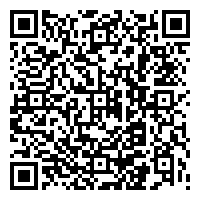