The Russian Defense Ministry on Wednesday aired on the Rossiya 24 and Zvezda TV channels a video showing the delivery of S-300 surface-to-air missile systems to Syria. The missile systems are shown being unloaded from the An-124-100 Ruslan strategic airlift aircraft at the Hmeymim air base in Syria.


Russian Defense Minister Sergei Shoigu said on September 24 that Russia planned to supply S-300 missile defense systems to the Syrian army within two weeks, following Syria’s downing of a Russian military plane in the Mediterranean, which both Russia and Syria blamed on the Israeli IAF.

On Tuesday, Shoigu said Russia had supplied Syria with 49 pieces of equipment as part of the S-300 delivery intended to boost the security of the Russian task force which is protecting the al-Assad regime. The equipment included radars, control vehicles and four launchers. According to the minister, the delivery was finished on Monday.

The S-300 is a series of long-range surface-to-air missile systems developed to defend against aircraft and cruise missiles for the Soviet Air Defense Forces. Subsequent variations were developed to intercept ballistic missiles. The S-300 system was first deployed by the Soviet Union in 1979, designed for the air defense of large industrial and administrative facilities, military bases and control of airspace against enemy strike aircraft. The system is fully automated, though manual observation and operation are also possible. Components may be near the central command post, or as distant as 40 km. Each radar provides target designation for the central command post. The command post compares the data received from the targeting radars up to 50 miles apart, filtering false targets, a difficult task at such great distances. The central command post features both active and passive target detection modes. 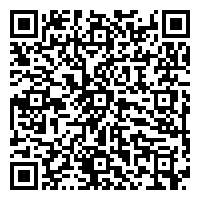