Rajoub also serves as the Palestinian Authority’s representative to the IOC.


In his letter, Erdan pointed out that Rajoub has been suspended and fined by FIFA for inciting violence against players and families of the Argentinian national football team. As a result of Rajoub’s incitement, a planned friendly match between Israel and Argentina was canceled several months ago.

“Rajoub called on football fans to burn shirts and posters of Argentinian National Team player Lionel Messi, simply because Messi was in favor of playing in Israel,” Erdan wrote.

“There should be no room in respected international organizations for those who support terror, promote violence and employ threats and intimidation. Rajoub’s behavior stands in direct opposition to the values of the Olympics.

“It is essential that the IOC demonstrate that it is a professional body, guided only by the values of international sport, and not a political body which allows a person who supports violence and terror to be a member.

“We will continue to work with our friends in the international community to expose the truth about those who incite against Israel and promote anti-Israel boycotts,” Erdan said. 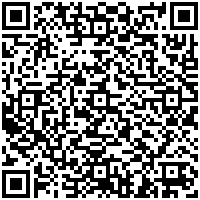