The international campaign to prevent speakers from delivering pro-Israel talks at universities has been assisted by leaders of the American Civil Liberties Union – an organization that is supposed to protect freedom of speech for all. The method used to silence these speakers and preclude their audiences from hearing their message is exemplified by a now infamous event at the University of California at Irvine.

Michael Oren – a distinguished scholar and writer, a moderate supporter of the two-state solution, and now Israel’s ambassador to the United States – was invited to speak. The Muslim Student Union set out to prevent him from delivering his talk. Here is the way Erwin Chemerinksy, dean of the law school, described what the students did:


“The Muslim Student Union orchestrated a concerted effort to disrupt the speech. One student after another stood and shouted so that the ambassador could not be heard. Each student was taken away only to be replaced by another doing the same thing.”

Chemerinsky understates what happened; as anyone can see by watching a video of the event available online, it was more than a “concerted effort to disrupt the speech.” It was a concerted effort to stop it completely – to censor Oren’s right to speak and his audience’s right to hear him. Advertisement

The efforts to disrupt succeeded; the effort to stop ultimately failed. Moreover, Chemerinsky fails to mention what happened both before and after the concerted effort. There is undisputed evidence that there was a well-planned conspiracy to censor Oren’s talk, and then to lie about it, which the students did after the event.

The students were disciplined by the university for their actions, though the nature and degree of the discipline has been kept confidential. Campus sources have characterized it as a “slap on the wrist.” Since the students were arrested, the district attorney, quite understandably, commenced a criminal investigation. After learning of the careful planning that went into the concerted effort to prevent Oren from speaking and the subsequent cover-up, the DA filed misdemeanor charges against those who were involved.

This decision resulted in an outcry by radicals, many of whom favor censorship of pro-Israel speakers. In a letter to the DA signed by many well-known anti-Israel zealots, the incident was described as merely a protest: “The students nonviolently and verbally protested ”

Then, in an effort to blame the victims, the letter pointed the finger at pro-Israel students who wanted to listen to Oren speak claiming – quite falsely – that the Muslim Student Union censors “conducted themselves in less of a disruptive manner than some of the counter-protestors ” This is simply a lie, as anyone can see by viewing the video.

The fact that radical anti-Israel zealots would support censorship of a pro-Israel speaker comes as no surprise. But the fact that the letter of support was signed by two ACLU leaders should shock all civil libertarians and supporters of the ACLU. I have been a supporter of the ACLU for half a century and was a national board member. I supported the right of Nazis to march through Skokie and I defend the right of the most virulent anti-Israel speakers to participate in the marketplace of ideas.

Yet signatories of the letter – which never once criticizes the censoring Muslim Union students while condemning those who wanted to hear the speaker – include “Chuck Anderson,” who identifies himself as “President ACLU Chapter, Orange County and Chair, The Peace and Freedom Party, Orange County” (a hard left anti-Israel group), and “Hector Villagro,” who identifies himself as “Incoming Executive Director, ACLU of Southern California.”

Dean Chemerinsky, while also opposing criminal prosecution, made a point to condemn the censoring students:

“The students’ behavior was wrong and deserves punishment. There is no basis for the claim that the disruptive students were just exercising their First Amendment rights. There is no constitutional right to disrupt an event and keep a speaker from being heard. Otherwise, any speaker could be silenced by a heckler’s veto. The Muslim students could have expressed their message in many other ways: picketing or handing out leaflets outside the auditorium where Ambassador Oren was speaking, making statements during the question and answer period, holding their own events on campus.” 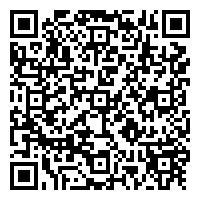