Newt Gingrich recently stunned the political and diplomatic establishments, the professional peaceniks and the entire Arab world by terming the Palestinians “an invented” people, presumably with a history fabricated solely to counter and then eradicate the Jewish national idea.

He was right, of course. Interestingly, few if any of his most rabid critics in the Arab world and in the anti-Israel media even challenged his thesis. They focused on the prudence and propriety of the statement, on the ever-shifting balance between the Old Newt and the New Newt, and the prospects of “peace” in the Middle East given this startling and audacious admission.


But of course Newt was right, if impolitic. It wasn’t that long ago when then-Israeli Prime Minister Golda Meir made such an assertion herself. In a statement to The Sunday Times (June 15, 1969), she said: “There is no such thing as a Palestinian people…. It is not as if we came and threw them out and took their country. They didn’t exist.” All Newt did was state a bald-faced truth that has been obscured for too long.

That is not to say that there have not been Arabs living in what they called Palestine for generations. There have been Arabs living in the land of Israel for quite a while, just like there have been Jews living in Israel – in an unbroken chain of residence – since antiquity. But the Arabs of Israel never had a national identity, and never sought statehood or independence until the Jews returned en masse in the late 19th and early 20th centuries. (Previous Jewish residents were forced to live without any national rights and subservient to the Muslim, Christian, Turkish – the latter for 400 years until 1917 – and finally British rulers.) It is Palestinian “nationalism” and “peoplehood” that were contrived by Jew-haters and anti-Zionists.

Thus, it is well known that the early 20-century Arabs of the land of Israel called themselves “Southern Syrians” and derided the early Jewish settlers as “Palestinians.” (How’s that for marketing?) Those same Arabs rejected the UN state proffered to them in 1947, and then “neglected” to seek statehood from 1948-1967 when Judea, Samaria and Gaza were controlled by fellow Arabs.

In other words, the “Palestinian people” and “Palestinian nationalism” were both inconsequential formulations that only exist to undermine and disqualify the Jewish state of Israel. To underscore the point, had there been no “Israel” created in 1948, the territory of “Palestine” would have been distributed to a variety of Arab entities to the north and east, themselves creations of the international community. But an “Arab Palestine,” as an independent state, would have been on no one’s radar, as it was not until the 1970s.

Jews have lived in Israel since time immemorial (the title of Joan Peters’s famous work), and even after the destruction of the Second Temple and the great exile, Jews remained. Jews remained in the 2nd-4th centuries to write the Jerusalem Talmud, draft the permanent calendar and even entertain, for a time in the fourth century, the building of another Temple with permission from Julian the Apostate; in the 5th-6th centuries to cling to the land amid the Byzantine and Christian persecutions; in the 6th-11th centuries to survive the Muslim invasion – returning to Yerushalayim with permission from the Emperor Omar and observing the founding of the only town founded by Arabs in the land of Israel during their entire sojourn – Ramle; suffering the torments of the Crusaders in the 12th century; enduring the Muslim reconquest in the 12-15th centuries in which the land saw a constant stream of Jewish visitors and/or residents, including Rambam, Ramban, R. Yechiel of Paris, and many others; the 16th century that witnessed the flourishing of Jewish life – the composition – in Israel! – of the Shulchan Aruch and the rise of the giants of Kabbalah; the 17-18th centuries during which both Sephrdic and Ashkenazic Jews bolstered existing communities throughout the land of Israel and founded new ones, and the 19th century, when the Zionist movement in a variety of forms took root.

Is there a similar “Palestinian” history ? Of course not. Throughout the ages Jews persevered in the land and prayed for the restoration of Jewish sovereignty. It is absurd to even suggest there is a competing Palestinian narrative that bears any substance or validity. Choose any century in the past 2,000 years, and try to name a “Palestinian” of any sort. That is why the Arab apologists have been forced to assert that “Jesus was a Palestinian” (Yasir Arafat, apparently unaware that Jesus was a Jew). That is why the official Palestinian line of the last decade, emanating first from Arafat, is that there is “no Jewish Temple, no Jewish nationalism and no Jewish connection to the land.” The hat burns on the thief’s head. They have no indigenous connection to the land of Israel, and only arrived in large numbers after Jewish settlement began and to take advantage of the opportunities presented by Jewish settlement. 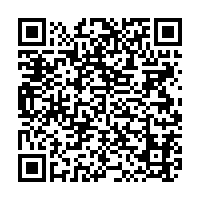