When I was young, my father, like many of his generation, frequently remarked that America was the greatest country in the world. He was an immigrant who lost almost his entire family in the Holocaust. He came here with nothing and earned everything. He treasured his American citizenship, guarding his citizenship papers like others would guard heirloom silver.

Dad often told the story that when he was being interviewed for citizenship and was asked who the first president was, he answered “Harry Truman.” Because that’s who was in the White House when my father came to this country – when his life began anew. No one appreciated America more than my father. Whenever he heard the Star Spangled Banner, Dad put his hand over his heart and sang. He celebrated the Fourth of July and Memorial Day with pride.

All that pride and appreciation has made its way down to me. I love this country. I love the opportunities it has provided to me and to so many others, whether first-generation Americans or Mayflower descendants. And I am so proud of our troops who provide aid and assistance all over the world. My children have adopted my custom of going over to men and women in uniform whenever I see them (whether in airports or train stations or even at a ball game) to shake their hands and say thanks.

That’s why when the president of the United States goes around the world apologizing for America, I am deeply distressed. When he is shown fawning over and kowtowing to dictators who stomp on the human rights of their own citizens, I’m disgusted. When he begs the enemies of the United States to meet with him (and they say no), I’m embarrassed.

And that’s why I was offended when our current first lady announced in 2008, after her husband had won several Democratic primaries, that “for the first time in my adult lifetime, I am proud of my country,”. If my father were alive today, he certainly would be, too.

I recently witnessed the exact opposite of this self-deprecating brand of Americanism: a cavalcade of pride in our country. I was honored to attend the Republican Jewish Coalition Presidential Candidates Forum. And the message I heard all across the podium was pride in America, pride in our troops, and pride in our capitalist system.

Mitt Romney lambasted President Obama for attempting to turn our society from an “opportunity” society into an “entitlement” society. He spoke about America still being “that shining city on the hill” (borrowing Ronald Reagan’s favorite phrase). Not one candidate apologized for America.

I offer this contrast not as a political statement. In the last few weeks I’ve heard Democrat Robert Menendez and Independent Joe Lieberman gush with pride about our great country.

We have so much to be proud of. We are the land of opportunity and creativity. More inventions and innovations have come out of this country than the rest of the world combined. I want to see a future that builds upon – even surpasses – our past achievements. That’s why this administration’s path of removing tax breaks and imposing astronomical costs on American businesses is so misguided.

Obama wants to create a culture of dependence on government and handouts. To reward an attitude that says, “I don’t have to do anything and I’ll be just fine.” That’s not the American way as I know it. And it’s not a message that I want my children – or any of America’s children – to live by.

J. Philip Rosen is a partner in the law firm Weil, Gotshal & Manges LLP, who is highly sought after for his extensive experience in real estate, infrastructure, private equity and many other practice areas. He is also vice-chairman of the board of directors of Yeshiva College of Yeshiva University and a Wexner Heritage Foundation scholar. 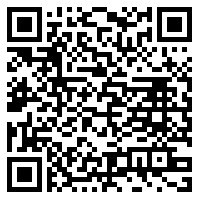