There is a tendency in Israel to associate certain issues with specific parts of the population or the political spectrum.

The large social justice protests in 2011, for example, with tent cities sprouting up all around and most famously on Tel Aviv’s tony Rothschild Boulevard, were associated, fairly or unfairly, with the political left. The protests, it was believed, were not only against the cost of consumer goods, but also the Netanyahu government that tolerated high and rising prices.

Now Israel is once again confronting high and rising prices. For example, housing costs are, to use the unscientific but accurate term, insane. Tel Aviv was recently named the most expensive city in the world, and housing had much to do with that dubious distinction.

But it’s not just Tel Aviv and it’s not just about buying property. The cost of rentals is also rising into the stratosphere, putting enormous pressure on already stressed two-earner couples.

Food and gas too are becoming intolerably expensive. Yes, there are many people travelling. Yes, the roads are jammed. But the high prices are being widely and pervasively felt.

Unlike in 2011, my belief is that today’s rising costs must be viewed as a Zionist concern, one that transcends party or ideological differences. Why? Because rising prices will make it increasingly difficult for young people to stay in Israel.

There are a great many young Israelis who very much want to plant their flags here, but feel that they cannot afford to. They look around and see a more affordable life outside the country.

A wonderful young man I tutored in English while he was attending college in Israel told me that he and his fiancée were seriously considering moving to Portugal, where the cost of living is significantly lower. I responded that the idea was a good one, except for one problem: You have to live in Portugal.

This joke will become less and less funny if young people feel they simply cannot make ends meet in Israel.

There is another risk, which for me is even greater, which is to our incredible birthrate, the pride of our nation and easily the highest of the world’s developed countries.

But what happens when food and childcare costs, not to mention housing costs, make it impossible to have a third or fourth child? That is a prospect we should all contemplate with great concern.

In the coming elections, in the next government, the cost of living in Israel should be viewed, like national security, as an apolitical consensus issue, a top national priority. We must see affordability as nothing short of a Zionist value, part and parcel of the imperative to create a just and welcoming Jewish homeland.

Affordability could be combined with other critically important undertakings, such as assuring the Jewish character of the periphery, a reality very much in question today. Why not have stimulus programs encouraging young people to move to the Western Galilee or parts of the Negev, incentivizing them with settlement grants or special low or no interest loans?

Anyone who visits the Golan Heights comes away with the sense that here is a place for us to develop a well-planned, beautiful and productive place for literally hundreds of thousands of young Israelis. The Golan is beckoning, and it can play a major role in assuring a Jewish future for the Jewish state.

I am incredibly proud of the fact that Israel acts as a light unto the nations, bringing the blessings of our technology to help underdeveloped societies. Now, we must also act as a light unto ourselves, bringing ideas and realities to bear that will enable us to provide a bright future for our young citizens.

This is not a left/right or religious/secular issue. Rather, making Israel an affordable and viable place for young people must be seen for what it truly is: An urgent need that will have a profound impact on our society for decades to come.

The Start Up Nation must also become the Costs Down Nation. 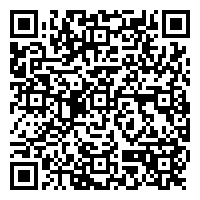