On Saturday night, a man in his late 60s suffered a sudden cardiac arrest in the neighborhood of Kfar haShiloah (Silwan) in eastern Jerusalem. His alarmed family members called emergency services for help.

United Hatzalah volunteer EMT Ameer Awesat, who runs his own ambulance company called Nuran Ambulance, was driving by the Old City’s Lion’s Gate when he received the alert telling him he was one of the closest first responders to the emergency.


Ameer quickly informed dispatch that he was en route, flicked on his sirens, and rushed over to the emergency. He arrived a few moments later and was the first medical responder at the scene.

Upon entering the home of the collapsed man was, Ameer did a quick assessment and informed dispatch that he was beginning CPR.

“The man was unconscious and without a pulse,” Ameer recalled. “Another ambulance arrived shortly after me and we worked together, alternating between administering chest compressions and assisted ventilation. We opened an intravenous line and administered medications with the team from the mobile intensive care unit (MICU) that arrived a short time later. We fought hard to save this man and after 25 minutes our efforts were rewarded as his pulse came back to a steady rhythm.”

Once the man’s condition was stable enough for transport he was placed in the MICU and taken to the hospital.

“I’ve been an EMT for seven years now and every emergency that I respond to is different,” Ameer reflected. “I spend my days helping people who suffer medical emergencies, this is what I have dedicated my life to, professionally and as a volunteer. It gives me a sense of satisfaction that I haven’t found anywhere else.” 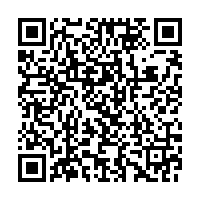