Originally published at Israel and Terrorism.

Egypt has finally decided to tackle the security threat from the Sinai Peninsula, a region that was nearly under the control of jihadist organizations with links to al-Qaeda and Hamas.


The Egyptian army’s ultimate goal is clear: to recover Egypt’s sovereignty in Sinai. In order to succeed in its mission, the Egyptian supreme command understands that it must neutralize Hamas, which it sees as partly responsible for the security situation in Sinai during the last few years.

For the first time since it was founded, Hamas is showing signs of panic. Egyptian newspapers quoted Palestinian sources as saying that 90 percent of the smuggling tunnels along the border with Gaza have stopped functioning as a result of Egyptian measures, leading to the potential loss of nearly 40 percent of Hamas’ revenues.

With the Muslim Brotherhood in Egypt counting its dead by the hundreds and the campaign being waged by the Egyptian army against them far from over, and with its relations with Turkey and Qatar faltering, Hamas has instructed its spokesmen to avoid making any comments about the crisis in Egypt so as not to evoke the wrath of Egyptian army Commander in Chief Abdel Fattah al-Sisi.

Since the Egyptian military ousted President Mohamed Morsi in early July 2013, it has embarked on a punitive campaign against Hamas, the self-declared offspring of the Muslim Brotherhood.

During this time, the Egyptian army has destroyed more than 300 tunnels (out of as many as 800), the arteries of the Gaza economy; created a 500-meter-wide buffer zone along the 11 km. Gaza-Egypt border, from the Mediterranean Sea until the Israel-Egypt border south of Rafah, while razing scores of inhabited buildings that stood in the way;1 implemented a de-facto siege on Gaza by closing intermittently the official Israel-Egypt border crossing; chased Gaza fisherman at sea; and engaged in an unprecedented and coordinated media smear campaign against Hamas, accusing the terrorist group of trying to destabilize Egypt and ultimately replace the government with its parent organization, the Muslim Brotherhood.

Indeed, Egypt has finally decided to tackle the security threat from the Sinai Peninsula, a region that was nearly under the control of jihadist organizations with links to al-Qaeda and Hamas. The Egyptian army has massed troops, deployed combat helicopters, dispatched navy patrol boats, and is carrying out coordinated attacks against concentrations of terrorists in Sinai.

The Egyptian army’s ultimate goal is clear: to recover Egypt’s sovereignty in Sinai. In order to succeed in its mission, the Egyptian supreme command understands that it must neutralize Hamas, which it sees as partly responsible for the security situation in Sinai during the last few years.

There is no doubt that the origin of the Egyptian military’s actions against Hamas lay in the basic fact that during the brief rule of the Muslim Brotherhood in Egypt under the Morsi presidency, Hamas enjoyed a privileged position and almost an official adoption by the regime, to such a point that Hamas behaved as if it was part of the ruling Muslim Brotherhood. For example, Hamas enjoyed complete freedom for its illegal commerce through the 650-800 tunnels that linked the Gaza Strip to Egypt; for its assistance to jihadi groups in Sinai; for its unaccountability for the six Egyptian police officers kidnapped and held in Gaza for more than five years; and, ultimately, for ignoring the Egyptian armed forces’ warnings since Hamas was (according to some sources) led by government officials who issued instructions to ignore the Egyptian army since it was irrelevant.

However, beyond these facts, the actual ruling team in Egypt knows that Hamas was involved in the earliest days of the revolution against President Mubarak, when protesters stormed Egyptian prisons and freed hundreds of detainees, who were mostly Muslim Brothers, as well as Hizbullah and Palestinian operatives held in Egypt for terrorist activities. Hamas took part alongside the Egyptian Muslim Brothers in the violence against the Mubarak regime and, according to some press releases, Hamas operatives were involved in firing metal darts against anti-Morsi protesters loyal to the regime.2

In addition, the Egyptian armed forces accuse Hamas of harboring the jihadists that killed almost 30 Egyptian officers and soldiers in Sinai in the summer of 2012. The Egyptian army also claims that at least five Hamas operatives were involved in the execution of 25 unarmed Egyptian policemen near el-Arish on August 19, 2013.3 The Egyptian army has also accused Hamas of trying to smuggle hundreds of deadly weapons, including 19 Grad rockets, and fake Egyptian army uniforms, in order to create havoc inside Egypt.4

Currently, 15 major terrorist groups operate in Sinai. Each of these groups, without exception, is closely linked to terrorist activities in the Gaza Strip. Egyptian and Israeli authorities are aware that several of the most dominant jihadists in Sinai, including those who were involved in the attack against the Egyptian army in 2012, are now hiding in Gaza with Hamas’ knowledge and consent.5 Finally, Hamas is accused of harboring the new Muslim Brothers’ Supreme Guide, Mahmoud Ezzat, in Gaza and of conducting joint training between Muslim Brothers who found refuge in Gaza and elements of the Al-Qassam Brigades in the area of Khan Younes before sending them to Sinai and inside Egypt.6

Given what is happening in Egypt now, Hamas is alarmed. For the first time since it was founded, Hamas is showing signs of panic.7 The cost to Hamas is tremendous: Egyptian newspapers quoted Palestinian sources as saying that 90 percent of the smuggling tunnels along the border with the Gaza Strip have stopped functioning as a result of the Egyptian measures. According to the Gaza economic ministry, the recent tunnel destruction has cost Gaza around $230 million.8 Hamas spokesmen appealed to the Egyptian authorities asking them not to shut down the tunnels until Hamas could find other channels for bringing goods into Gaza. The extent to which Hamas relies on the smuggling tunnels is evident in an internal report made public by the Al-Monitor news site. It shows that Gaza gets most of its goods through the tunnels, and not through the official border crossings from Israel or Egypt. In the first quarter of 2013, for example, the tunnels provided 65 percent of flour, 98 percent of sugar and 100 percent of steel and cement deliveries.9

If the delivery of goods via the tunnels is discontinued, a lack of supplies will not be the only problem. It will create financial disaster for Hamas, since taxes on goods delivered via Israel are transferred to the Palestinian Authority in Ramallah. Only taxes on smuggled goods end up in the Hamas treasury. It has been estimated that these taxes account for 40 percent of the government’s entire revenue and are used by Hamas to pay the salaries of over 45,000 civil servants. In recent months, Hamas has been earning some $8 million in taxes on smuggled fuel alone, and also levies a tax of about $5.40 on every ton of cement. An average of 70,000 tons of cement is smuggled into Gaza every month.10

Hamas’ leaders are consulting over how, and even if, they can help their brothers in Cairo, but at the same time they are talking about how to stay alive. So while the Muslim Brotherhood in Egypt is counting its dead by the hundreds, and the campaign being waged by the Egyptian army against them is far from over, the Hamas movement has withdrawn into itself and instructed its spokesmen to avoid making any comments about the crisis in Egypt, so that it does not upset those very people it really does not want to upset right now. Hamas spokesmen totally deny Hamas involvement in terrorist attacks conducted against Egyptian troops in Sinai. Hamas did not dare organize even a single rally in support of them. It seems that fear causes Hamas to take extra precautions – both in word and deed – so as not to evoke the wrath of Egyptian army Commander in Chief Abdel Fattah al-Sisi.11

The situation in Egypt has paralyzed Hamas Prime Minister Ismail Haniyeh and even the leader of the Hamas political bureau, Khaled Meshaal, who seems to have disappeared ever since Egyptian President Mohamed Morsi was deposed.12

There was little surprise that the Hamas leaders who have spoken out against Egypt are those based abroad and not those living in Gaza.13 As a political scientist at Cairo’s Al-Azhar University put it, “Those who live abroad don’t care as much about Gaza’s isolation, but Gaza’s rulers will pay the price for any Egyptian escalation. I think those in Gaza will be more prudent and nuanced when they speak about the new Egyptian government.”14

The most important question of all remains: What future does Hamas have? For the first time in more than two decades, Hamas has no regional political allies in positions of power – a huge problem for a movement that is heavily dependent on alliances that provide financial, military, and political support. Sunni Hamas severed ties with former ally Syria last year over its crackdown on the predominantly Sunni Syrian opposition. As a result, Iran has stopped its financial aid that consisted of almost $20 million per month.15 Syria and Hamas, along with Iran and Hizbullah, formed the so-called “axis of resistance” that opposed Israel and the West. For decades, Syria embraced Hamas’ leadership and provided the Islamic movement with funds, weapons, and political support, which were used to wage war against Israel and, later, the more moderate Palestinian faction, Fatah.

Now, Hamas has turned to Turkey and Qatar to fill the void.16 However, since Egypt’s Islamist government was toppled, and following the deterioration in Turkish-Egyptian as well as Qatari-Egyptian relations, Hamas’ relationship with Turkey and Qatar has seemed to be faltering. Egypt was the critical link between Gaza and its benefactors because of its shared border.

An article in Hamas’ official daily Al-Rissalah claimed: “Indications on the ground show that Cairo…will not allow the Islamic model in Gaza to remain standing due to its ideological ties with the Muslim Brotherhood, which is being marginalized from the Egyptian political scene at gunpoint….Those who follow Egyptian affairs know full well that Gaza is prone to return to its political isolation. This is the biggest fear of Palestinians living in the Strip, following a year of regional and international acceptance.”17

It would be fair to assess that Gaza’s isolation is Egypt’s ultimate goal, since such an objective would meet Egypt’s interests: to consign Gaza to oblivion and reduce Hamas to its real size. 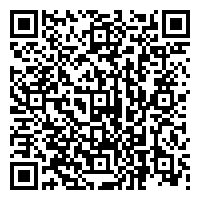