A woman who drove wildly in Washington, with a three-year-child in the car, was shot and killed after she began firing shots at the end of a wild car chase that started when she tried to ram the gate to the White House.

The city was temporarily placed on lockdown Thursday afternoon until the Wild West scene ended when the police gunned down the woman, whose name has not yet been published. She is said to be from Connecticut.


Coincidentally or not, the incident came at the same time Congress was trying to solve the government shutdown forced by an impasse between the legislature and President Barack Obama over the government debt ceiling.

So far, it is speculation as to whether the woman was a terrorist, an angry citizen, on drugs or simply a nut case.

“This appears to be an isolated incident,” said Capitol Police Chief Kim Dine. “Both scenes are under control.”

Shortly after 2 p.m., a woman in a black car began leading the police on a 12-block chase when she failed to smash through the White House gate. When Secret Service agents placed a metal barricade in front of her car, she spun her car around and slammed her foot on the gas pedal.

The chase ended when she crashed into a police car and then into a barricade, with the child still in the car. The child was not hurt during the chaotic incident.

Earlier reports that she then pulled out a gun and fired have been discounted, and all shots apparently were fired by the police.

The police ordered a lockdown, which lasted only a few minutes while a helicopter landed on the grounds of the Capitol to rescue one policeman who had been injured, apparently a result of the car crash and not from a gunshot as earlier reported.

Congressmen, not knowing if they were under a mass terrorist attack, started locking their doors and closing their window shades.

Approximately one hour after it all started, the House reconvened and went back to arguing over a small stopgap bill to reinstate funding for veterans’ affairs. 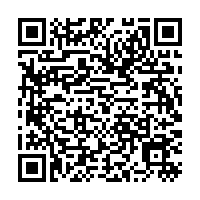