From the moment the 2015 American Israel Public Affairs Committee policy conference kicked off Sunday morning, the message has been that support for Israel is bipartisan and must always be a bipartisan issue.

Former CNN anchor Frank Sesno, who currently serves as director of the School of Media and Public Affairs at George Washington University, served as moderator for the Sunday morning “plenary” sessions. Sesno made it a point to stress “bipartisan support” as he introduced the first conference guests, Senators Lindsey Graham (R-SC) and Ben Cardin (D-MD).

After Graham outlined his concept of a good deal compared to a bad deal with Iran, Cardin affirmed his friendship with his GOP counterpart stating, “We do work together, a Democrat and a Republican, and there is strong bipartisan support for Israel, and we need to make sure we maintain that support.”

The congressional kumbaya continued in the afternoon with House Democratic Whip Steny Hoyer (D-MD) and House Majority Leader Kevin McCarthy (R-CA) taking the stage together. Hoyer’s opening words set the tone for their speech, stating, “Democrats and Republicans don’t always agree, but when it comes to the safety and security of Israel, we will stand together.”

McCarthy added, “Bound by the principles of freedom and democracy, our partnership with Israel spans six decades.”

Hoyer continued, “As legislatures and Americans, we understand the importance of the United States-Israel alliance.”

This is not a new theme for the annual AIPAC event. “Bipartisan” has always been the watchword that best defines the country’s most successful pro-Israel organization. But attendees at this year’s conference see a more intensive push toward the idea of bipartisanship as disagreements and possibly distrust between the Obama administration and Israeli Prime Minister Benjamin Netanyahu have made headlines.

Monday was the day the big names took the stage.

U.S. Ambassador to the United Nations, Samantha Power, who has not been regarded as a great friend to the Jewish State throughout her career, received what many delegates described as a “lukewarm” reception. Addressing the crowd of 16,000, she acknowledged the “tension” between the two countries, adding that “we believe firmly that Israel’s security and the U.S.-Israel partnership transcends politics and it always will.”

The crowd responded with a standing ovation, affirming that their commitment to Israel will never become a political issue. And Power, recognizing their approval, responded, “That is a very important statement you all have made.”

U.S. National Security Advisor Susan Rice took the stage Monday afternoon. She recently added to the “tension” when she expressed her disagreement with House Speaker John Boehner’s invitation to Israeli Prime Minister Benjamin Netanyahu to address Congress,telling PBS’s Charlie Rose, “there has now been injected a degree of partisanship, which is not only unfortunate, I think it’s destructive of the fabric of the relationship.”

Rice’s speech to AIPAC embraced bipartisanship, but her remarks about the administration’s success in regard to Iran were met with sounds of silence or tepid applause. At times, Rice paused for applause that never came.

Senator Robert Menendez took a shot at his fellow Democrat, telling a cheering crowd, “I must disagree with those who say the Prime Minister’s visit to the United States is ‘destructive’ to U.S.-Israel relations.”

With Netanyahu’s speech to a joint session of Congress scheduled for Tuesday morning, his appearance at AIPAC was being viewed as a preview.

Welcomed with thunderous applause, the Israel Prime Minister made it clear that his speech to Congress “is not intended to show any disrespect to President Obama or the esteemed office that he holds. I have great respect for both.”

“An important reason why our alliance has grown stronger decade after decade is that it has been championed by both parties, and so it must remain.”

He continued, “Working together has made Israel stronger; working together has made our alliance stronger. And that’s why the last thing that anyone who cares about Israel, the last thing that I would want is for Israel to become a partisan issue. And I regret that some people have misperceived my visit here this week as doing that. Israel has always been a bipartisan issue.”

According to a report by The Hill, 54 Democrats intend to skip Netanyahu speech to Congress. 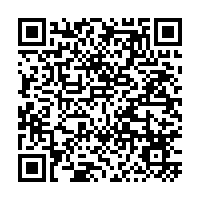