As part of the election system in Israel, political parties can sign vote-sharing agreements with other parties.

If both parties pass the minimum electoral threshold, then the party that is closer to getting an additional seat will get the leftover votes from its partner that would otherwise be thrown away. Sometimes its enough to get the recipient party another seat once all the votes are counted.


Typically the parties sign vote-sharing arrangements with parties close to them ideologically.

The Likud and Bayit Yehudi have a vote-sharing arrangement. Yisrael Beytenu signed with Kulanu, and Shas signed with UTJ.

On Friday, the Zionist Union signed a deal with Meretz – but they didn’t want to.

The Zionist Union had originally chosen to sign with Meretz, but they really wanted to switch to Yesh Atid, who had no partner at all.

But, life and politics are funny that way.

Their leadership said they refuse to cooperate with any Zionist party, including Meretz.

Meretz just doesn’t seem to understand the Arab party and sector, whom they imagine to be their natural partners and allies in Meretz’s battle to destroy settlements and create a Palestinian state. 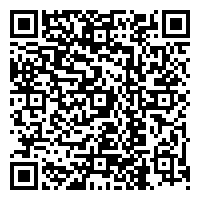