During his confirmation hearings in January 1981for the position of secretary of state, Haig reiterated his commitment to the existing U.S. policy of not dealing with the PLO or other Palestinians opposed to Israel’s existence.

He would safeguard that principle during his tenure as secretary of state and work to enhance the relationship between America and Israel. As head of the State Department, with its notoriously anti-Israel and even anti-Semitic past, he blazed a new path and was widely regarded as Israel’s strongest defender in the Reagan administration.

Prior to his tenure as secretary of state, Haig, as President Nixon’s chief of staff, sidestepped Secretary of State Henry Kissinger during the 1973Yom Kippur War and helped provide desperately needed munitions to Israel. Kissinger was willing to wait and let Israel bleed as its supplies were dangerously depleted.

Moshe Arens, the former Israeli defense minister and ambassador to the U.S., recently wrote in Haaretz that Haig was “a good friend of Israel through thick and thin, both at the best of times and during difficult times . Haig’s support for Israel was not only based on the rationale that the United States and Israel had shared strategic interests; it was also tempered by an admiration for Israel’s courage in the face of daunting odds.”

In 1981, Israeli Prime Minister Menachem Begin said Haig had “fought on behalf of the people of Israel in the Land of Israel with friendship and devotion.”

When some American officials, invariably led by Defense Secretary Casper Weinberger, sought to distance themselves from Jerusalem, Haig worked to ensure that would not happen.

Being a close friend did not mean Haig was in agreement with all of Israel’s decisions. When Pentagon officials sought stringent measures to punish Israel for its attack on the Iraqi nuclear reactor in 1981, Haig joined other administration officials in condemning Israel – but was opposed to severe punitive measures. More than anyone else in the Reagan administration, Haig was responsible for the decision to lift the 10-week suspension of F-16 fighters to Israel.

On November 13, 1981, Haig condemned statements by his counterpart in Great Britain, Foreign Secretary Lord Peter Carrington, in support of the Saudi eight-point peace plan, which essentially called for a complete withdrawal of Israel to pre-1967 borders and affirmed the Palestinian Arab “right of return.”

Haig told a group of 200 leaders of the United Jewish Appeal on November 7, 1981: “It’s a very luxurious position for our European friends to be in. They can make their own observations without responsibility for the consequences.”

Haig always displayed a concern for and an understanding of Israel’s security needs and its position vis-à-vis the Arab world.

In April 1982, as Israel was preparing to complete its final withdrawal from the Sinai and Arab nations were pressing the U.S. to join in a UN condemnation of Israel for its efforts to quell Arab violence in Judea, Samaria and Gaza, Haig, true to form, refused to join the barrage of criticism. Instead, he reminded the world that Israel’s withdrawal from Sinai was a “very traumatic” step because the area was considered a strategic buffer.

Following the completion of Israel’s withdrawal from the Sinai, as per the Camp David accords, Israeli leaders expressed their concerns over increased pressure for further territorial demands. Haig responded, “Not on my watch.”

While Haig denied giving Israel a “green light” for its June 1982 incursion into Lebanon in, launched in response to PLO attacks on Israel’s northern border, he supported Israel’s military operations on the ground. Weeks into the war, though he did urge Israel to withdraw from Lebanon, he also stressed the need for Lebanon to become free of foreign forces and for Israel to never again feel threatened by assaults from Southern Lebanon.

It’s likely that Haig’s support of Israeli forces during the Lebanon war was one of the causes of his sudden resignation that summer. Sharp criticism came his way from other senior administration officials seeking to counter Haig’s pro-Israel influence on Reagan. They urged the president to ratchet up his opposition to the Israeli military operation.

During talks between Israeli leaders and Haig in Israel in April 1981 over the proposed sale of American-made AWACS (Airborne Warning and Control System) to Saudi Arabia, then-Agriculture Minister Ariel Sharon (he would be appointed defense minister a few months later) objected to some in Washington referring to Israel as a strategic asset. 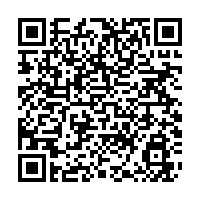