Whosoever saves a single life it is as if he saved an entire world.


A fundamental Jewish principle is that man is created in the image of God and therefore, possesses inherent dignity and worth. The rabbis teach that this inherent worth is the reason man was created as an individual and not in the aggregate. That is, God created Adam and Eve, not Adam-Eve.

Perhaps more significantly, by beginning the story of man with Adam and Eve rather than with Abraham and the origin of the Jewish people, the Torah is making clear that every person – not only Jews – is worthy of this same dignity and respect, having descended from the same two individuals.

We affirm this principle in our rituals and practices, from the blessings we place on our children at Shabbat, to burial rites, to the Seder table and more. Our practices make clear that the value of the community is dependent on the value of the individual.

But the world is forever challenging our Jewish principle and our practices. We live in a brutal, impersonal world. We feel the hurt of the world during Internet exchanges, brusque communications, getting on and off a crowded subway. The world often feels cold and impersonal.

In this vast impersonal-ness how does one find his individuality and a community to embrace him? For, as humans, we require both – individuality and union. To have one without the other is to diminish ourselves and our existence. Finding the balance between the two defines who we are – too much individual and we become selfish and demanding, lost and alone; too much “community” and our individual selves are lost in the noise of the modern world.

Where is the balance?

Should one Yid be absent, the minyan cannot address God in full glory and shevach; we may not recite any davar sh’bekdushah.

“When a corpse is found fallen in the field in the land God is giving you to occupy, and it is not known who the murderer is, your elders and judges must go out and measure …. The elders shall speak up and say, ‘Our hands have not spilled this blood, and our eyes have not witnessed it.’ ”

Torah law does not allow for an individual to be left to his own fate. Every individual member of a community must be embraced by the community and its leadership. The community as a whole is responsible for the fate of each individual – his well being, safety, and security.

Rashi calls our attention to the obvious question, Would anyone ever imagine or suggest that the elders – righteous, moral, and pious – would have murdered this strange passerby? The simple answer is no. But it is not the action that is being considered. It is that the tone and attitude of a community are defined by the leadership. The way we relate to an individual and his needs filters down from on high – Elah lo reinuhu u’patrunuhu belo melonot u’blo levaya (Sota 45). 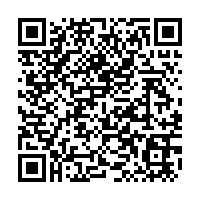