If the poll was about a presidential candidate, the fundraising team could retire. Sadly, the poll was of Palestinian Arabs and the question: Do you support terror attacks against Israel? The answer was an unnerving 89 percent do.

The poll was conducted by the Palestinian Center for Public Opinion between August 14 and 19th. One thousand Gaza residents were interviewed, all above 18 years of age.


In addition to nearly 90 percent of the respondents being in favor of firing rockets from Gaza into Israel, the number is even more significant as it represents a huge increase since the last polling of the same question a year and a half ago. At that time, slightly fewer than half of all respondents registered support for rocket attacks on Israel.

When asked, during face-to-face interviews, to state their opinion about firing rockets at Israel, 88.9 per cent said either “I strongly support that” (60.3%) or “I support that,” (28.6 %).  Only one percent responded “I oppose that.”

OTHER METHODS OF ATTACK EVEN MORE POPULAR

Perhaps even more disconcerting is that the rocket attacks is not the preferred method by the respondents of “responding to Israeli aggression.” Only 15.9 % of the respondents thought that firing rockets was the “most successful” response. A higher percentage of Gazans smiled on “infiltrating through enemy lines,” (23.3 %), while the greatest number of respondents  preferred the category of “the Specific  military operations,” such as the use of naval commandos, or the attack on Nahal Oz (where four year-old Daniel Tragerman was killed.)

Surprisingly, the method which seemed to strike the greatest fear into the hearts of Israelis only registered as the third most successful method of responding to “Israeli aggression”: “the underground border-crossing tunnels.” Of least interest to the Gazans was the effectiveness of “coordination between the different factions,” although this method would be likely to be the most important one for long-term planning and control.

EGYPT SEEN AS MOST SUPPORTIVE

A very different question  provided fascinating, perhaps unpredictable results. The question: “Which country, in your opinion, best backed the Palestinian Resistance against the recent Israeli aggression against Gaza?

Given that Gazans are Sunni Muslims, and especially after the falling out between Hamas leadership and Iran over Syria (with Iran backing the king and Hamas supporting the rebels), it is not surprising that Iran comes in only in third place, with 8.1 %  believing Iran was the most supportive.

It would have been expected that Gazans perceived Qatar to have been the most supportive, followed closely by Turkey. Instead, Egypt received highest marks from Gazans (32.5%), followed by Turkey (25.3%) and then Qatar (23.5%). 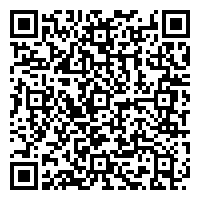