The American, British and French Air forces bombed a chemical research facility in Damascus and two chemical storage facilities in Homs in retaliation for a poison gas attack that killed some 200 Syrian civilians last week in the town of Douma just outside Damascus.

President Donald Trump announced the military action from the White House late Friday, as explosions were rocking Damascus. Trump threatened to sustain the bombings until the Assad regime stops using chemical weapons against its own people.

Speaking to BFM television on Saturday, French Foreign Minister Jean-Yves Le Drian said “a large part of [Syria’s] chemical arsenal has been destroyed” in the missile strikes carried out overnight. He added that “a lot has been destroyed in last night’s strikes,” and noted that France had “solid intelligence” that the Assad regime was behind the suspected gas attack in Douma.

British Prime Minister Theresa May said on Saturday that the UK is “confident” that the air strikes carried out by Britain, the US and France had been successful, and that it had been “right and legal” to take action. Labour party leader MP Jeremy Corbyn called the attack “legally questionable.”

Prime Minister Benjamin Netanyahu tweeted Saturday night: “A year ago I made it clear that Israel fully supports President Trump’s decision to stand up against the use and distribution of chemical weapons. President Trump’s determination and Israel’s support remain as they were.

“It must be clear to President Assad that his irresponsible efforts to acquire and use weapons of mass destruction, his blatant disregard for international law and his willingness to allow Iran and its affiliates to establish military bases in Syria – endanger Syria.”

Russia’s Permanent Envoy at the UN Vasily Nevenzya submitted a draft resolution to an emergency session of the UN Security Council convened on Russia’s demand, denouncing the missile strike by the United States and its allies against Syria and demanding that they immediately stop their aggression against that country. Nevenzya said the document “is on the table and ready for voting.” 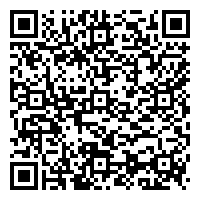