In February, The New York Times ran a feature highlighting successful efforts to integrate Muslim immigrants into Canadian society. The thinly-disguised editorial agenda of the piece was to rebuke those Americans who were then raising questions about calls from liberals for the acceptance of large numbers of Syrian refugees despite the government’s stated inability to adequately investigate how many were members of ISIS, as some who have moved to Europe have proved to be.

Leaving aside the politics, the piece was a bright and cheery rhapsody to the virtues of welcoming and accommodating a population whose customs might differ from those of some of their neighbors in Toronto. Among the most memorable images from the piece was its paean to a decision by the municipal pool in the Regent Park neighborhood to set up hours where it would be open only to women, which gave Muslims a chance to enjoy the facility without violating their concerns about modesty.


But flash forward a few months to a different venue closer to home, and it turns out that the Times doesn’t think that accommodating the needs of religious believers with their own ideas about men and women bathing together is such a hot idea.

Last week the Times published a scathing editorial titled “Everybody into the Pool” which blasted the decision of a New York City municipal pool on Bedford Avenue in Brooklyn to set aside hours for women-only bathing. The practice, which locals say dates back to sometime in the 1990s, was initiated in order to allow Orthodox Jews, who make up a considerable percentage of those who live in the area, to enjoy the facility.

In a different place involving a different religious group, the Times clearly thought there was nothing wrong with such a practice, but when it comes to Jews in New York the newspaper of record in the city with the largest population in the world considered the accommodation for Orthodox women to represent “a strong odor of religious intrusion into a public space.”

As far as the Times is concerned, if Orthodox Jewish women want to swim without men looking at them, they can just build their own pool.

Let’s concede that if a government-owned institution were to adopt practices that excluded a particular faith or non-believers, that would be troubling. But that is not what happened on Bedford Avenue. Rather, it was a constitutionally protected practice to allow a reasonable accommodation to a not inconsiderable portion of the population. Just as public schools close on some religious holidays if enough students and teachers would be absent (a custom that now affords protections to Muslims in New York as well as to Jews and Christians), letting members of a community use a pool for a few hours a week they might otherwise not be able to enjoy is no hardship to anyone else. Nor does it constitute an illegal establishment of religion.

What then is the problem with the Metropolitan Recreation Center creating an opportunity for women to swim without men being around, especially since the Times doesn’t think segregating swimming in Toronto is so terrible?

The issue here seems to be the “odor” emanating from New York’s Jewish community. The women-only hours at the pool were restored via intervention from a Jewish member of the State Assembly after it had been halted when the city’s Commission Human Rights received an “anonymous complaint.” According to the Times, that intervention wasn’t in the best interests of the “diverse community” of Brooklyn. Which means that when it comes to accommodations for different faiths or communities, some forms of diversity are less equal than others.

The debate over how far the state may go to accommodate diversity, especially when it comes to faith, is increasingly controversial in our time. The rights of gay Americans are not only to be protected, they can also be allowed to supersede the religious freedom of other Americans, even to the point of compelling them to participate in ceremonies that violate their beliefs. In that case as well, diversity is in the eye of the beholder.

That’s an issue over which honest people may differ, but does the Times really expect us to take seriously their argument that men who want to swim during the few hours set aside for women only are having their rights violated?

It also cannot be overlooked that the Times’s choice of language in condemning the desire of Orthodox Jewish women to bathe without men was redolent of anti-Semitic smears. It is impossible to believe their editors would have allowed such a broadside against a different religious minority. Nor is it imaginable that they would have allowed a reference to odor when it came to Muslims or any other minority. Again, the contrast to their praise of accommodating Muslims at a Toronto pool cannot be ignored.

To speak of “the odor” of Jewish influence in New York was at best insensitive by the Times’s own standards of sensitivity when it comes to speaking about minorities. At worst, it was, as liberals like to say, a dog whistle for intolerance against a specific group.

Whatever one may think about where the line should be drawn when it comes to a public accommodation of a minority faith, the idea of “smelly Jews” is one that is a staple of anti-Semitic invective. In an era when, as the State Department has noted that “a rising tide of anti-Semitism” is spreading around the globe, it ill behooves The New York Times use that kind of language when virulently attacking one part of what they normally like to refer to as the rich mosaic of a diverse New York. 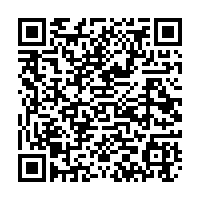