Let’s get this straight.  It’s un-American – in fact anti-American – to do what the City of San Jose’s leadership did during the Trump rally on 2 June.  The police department made no effort to prevent attacks on the Trump supporters — the mayor and police chief basically justifying their selective law enforcement on the premise that they just don’t like Trump and what he represents.  (See here, here, here, and here as well.)

It’s equally un-American to do what the anti-Trump mob did.  These were not “protesters”; they were a violent mob, full stop, committing acts of terrorism against peaceful rally-goers.

The mob was not waving the American flag.  It was waving the Mexican flag and the “no borders” and “anarchy” flags.  That matters too.  It’s un- (and anti-) American.  Essential to Americanism is the idea that a specially-covenanted nation – one that is not breachable by outside forces, one that is consciously different from all the nations that are less free and have less respect for their people – protects our rights and liberties.  If you don’t agree with that idea, you can’t call whatever ideas are rolling around in your head American ideas.  They’re something else.

More than un-American, it’s vicious, immoral, unethical, lawless, and anti-human to do what was done by the anti-Trump forces in San Jose last week – both the city leadership and the mob.  But all those things make it un-American too.

Leaders on the right oddly muffled

There’s something else that’s un-American.  On the right, official and establishment voices have been, to all intents and purposes, silent about this ugly development.  It’s as though they can’t focus sharply enough to make a meaningful point.

The supreme point is that there can be no excuse for law enforcement to assemble, and then stand by watching peaceful citizens be attacked and do nothing.  No political antipathy justifies that.  Worse, policing in that manner is the pattern of banana republics, petty autocracies, dazed and confused Weimar Germanys – regimes that are about to fall to brutal, mob-driven dictatorship.

If you think it’s too incendiary to mention that last aspect of the problem, remember Reagan in 1964.  He didn’t fear to be very clear about what America faced if she did not fight back against the predatory global campaign of Soviet Marxism.  He didn’t fear to define the emergency.

But who in the upper ranks of the political right has managed even to focus audibly on the immediate point about citizens being mistreated during a rally?

It’s as if the right’s own leadership is dithering, unable to decide what it wants to say.  “Should we agree with the MSM that this is what happens when you elevate Donald Trump?  Or is it dumb to attack the guy who apparently will be our candidate in November?”

You don’t even need to answer those questions to say the right thing.  Which is that San Jose did it wrong no matter what.  On principle, the side of law and order was obvious in this situation.  And San Jose didn’t take it.

San Jose acted on the notion that law enforcement can be justified in being politically selective.  And the political right’s leadership has failed to define its own position clearly.  The silence from these people suggests they themselves are influenced by the un-American notion of law enforcement sometimes being, understandably, a selective tool of situational politics.

Admitting that little “understandably” to your mind – because, hey, it’s that ridiculous bozo Trump, after all – is the decision-matrix burble that paves the road to hell.  And it looks a lot like our political leaders on the right have admitted it.

From Democratic (and socialist) leaders, of course, I expect nothing principled on this matter.  Sadly, all of them — the leaders — are already ranged with the city officials of San Jose.

I don’t believe the most-visible people here – San Jose’s officials, the anti-American mob, the Republican or Democratic leadership – represent a majority of Americans (of any race or ethnicity).  I think there are still plenty of people in this country who hold the American view on principle, even if they hold it with different degrees of courage and urgency.  They don’t think any amount of political opposition to someone else justifies the forces of public order in leaving him to be attacked by a mob.

But it’s increasingly clear that we no longer have ideas and loyalties in common with some of our most prominent and politically active citizens.  Not just Obama’s true believers, not just Soros-bribed rent-a-mobs, not just “white-power” psychos, but elected officials and mainstream opinion leaders have a literally un-American view of the controlling principle for the San Jose situation on 2 June.

It’s reached the point where, too often, this lack of common purpose is the most noticeable aspect of our interactions as a people.  It can’t be papered over.

No matter who is elected in November, all those un-American ideas will still be out there, not just lying about their compatibility with everything it means to have an “America” and be American, but riding our apathy and ignorance to positions of public authority, and producing anti-American decisions.

Americans are in various stages of waking up to this.  It’s been latent for a long time, but now it’s being manifested in the actions of public authorities that affect our daily welfare: our safety in the streets, our ability to exercise our rights and liberties.  Those public authorities, and the mobs that make it convenient for them to treat the people unequally, are not “American” actors with whom we have purposes in common.  There is no compromise possible with them, because they don’t have any of the same goals as the people who live by American ideas.

(Trump can’t fix this, by the way.  He couldn’t really even define it; he’s impatient with political-principle talk.)

If you’re still ambivalent about the question of whether Trump supporters “brought this on themselves,” you are part of the problem.  You’re in for a dreadful, and probably fatal, awakening at some point, when you find out that there is no refuge from the mob mentality unleashed by your ambivalence.  You can never fear-grin enough to ensure that the mob doesn’t come after you.  If human history has taught us anything, it’s that.

This is a deeply sad and terrible situation for Americans, but it’s real.  The key to not despairing is to first acknowledge its reality.  My own view is that God doesn’t want to condemn us to this fate.  If the great story of God and man were summed up in one word, it wouldn’t be “condemnation” or even “justice.”  It would be “redemption.”

But only if we see clearly where we’re starting from, and make heroic decisions, can we get to a better future.

Preventing Radical Islamists From Murdering Americans Is a Moral Act 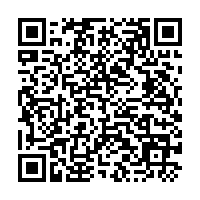