Even prior to your standing as a Knesset Member, we met in my office and had a positive conversation. From afar, I saw you as a man who had served his nation well in the USA, who had written an excellent book for the unaffiliated, who had gotten involved in trying to make peace between the parties in Beit Shemesh, and who, at some stage, risked parnassa to become a full time social activist. After your election, I sent you a blessing and a message that, among other things, you would use your new-found power for the sake of the Jewish people.

Although I already had doubts about your direction—for Yesh Atid got 19 mandates based on hatred of the Haredim—I still felt that you would engage the Haredim in dialogue, and that you would use your oft-claimed status as a Haredi rabbi to be a bridge between all of our brethren in the State of Israel.

Now I know that that is no longer the case. From the first missed opportunity during your opening speech in the Knesset, you have relished your newfound role in certain circles as being the brave hero who says unpopular things to, and about, your own. Your new friends generously provide you with hourly confirmation that your positions are correct.
The problems you express regarding the lack of parnassa in the Haredi community are real and admitted to by every intelligent Haredi leader. But, as I shared with you when we met, solutions to these problems were being executed even as we spoke. Haredim were going to work in increasing numbers. In fact, last year alone, there were five thousand Haredi males engaged in courses and degree programs that represented a full range of careers. The mainstream Haredi communities no longer stigmatize those men who go to work.

For better or worse, the Haredi community in Israel is in rapid transition, with the Gedolim helping to guide the visionaries who serve to facilitate the process. And in conjunction with the State of Israel, operations like Kemach and Keren Canada, among others, have provided the financial backing.

We Haredim really and truly believe in the Torah. We believe in maximizing its study and we believe in giving up a great deal to do so. Many of us are willing to live in poverty for the sake of learning, and I so admire all those who make that choice. What we want is that others who want or need to go out to work can do so without stigma. This is what is happening now.

But along came MK Dov Lipman and decided to stage a show-down. “There will be war!” came the message. “We must get those Haredim out of those yeshivos!” “We will only allow a tiny amount of the elite to stay in learning, as a grand concession.” “We will starve them out – we will cut their funding if they don’t do the core curriculum, and we will cut their social security, and we will cut their children’s allowances… ” “And we will do all of this for their sakes, for they do not know what is in their own best interests.”

Reb Dov, I am perplexed. How did you move so far away so rapidly?

Did you think that all of our Haredi brethren who were shteiging away in yeshivos would rush into the arms of the army, leaving one avreich here and two there to switch off the lights?

Did you think we were going to give up our daily sacrifice for Torah because you tightened the screws a little bit? Did you think that Gedolim, such as Rav Aron Leib Shteinman, were not deeply concerned, day and night, about the issue of the public’s parnassa? Believe me, the most desperate avriechim go to him, not to you!

I won’t repeat the claims of those who have built a much larger case against you, because once there is a pattern, there is no need to point out every instance thereof. What I am glad about is that you are still calling yourself a Haredi, because it means that you and I can still have a dialogue. What I do worry about, though, is that you are moving so fast out of our realm, you will begin to see us as the enemy that you and your Yesh Atid brethren have to fight. After all, your voters tell you that this is why they elected you. 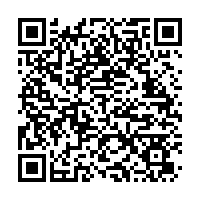