According to the coalition agreement between Prime Minister-designate Benjamin Netanyahu and Religious Zionism Chairman Bezalel Smotrich that was published Monday morning, the appointment of the head of the Civil Administration in Judea and Samaria will involve politicians – after 55 years during which only the IDF chief of staff made this appointed. Likewise, politicians will take part in appointing the Coordinator of Government Activities in the Territories. And by politicians, the agreement means representatives of the settlement enterprise in Judea and Samaria such as Bezalel Smotrich.

It’s a huge win for our side, more important than Itamar Ben Gvir taking over the ministry of national security. The deal neutralizes the main enemy of Jewish prosperity in Judea and Samaria and the biggest drive behind the Palestinian Authority’s encroachment into Area C, the part of Judea and Samaria that the Oslo Accord awarded Israel.

A representative of Religious Zionism will be appointed minister inside the defense ministry, in charge of the settlements, the civil administration, and the coordination of government operations in the territories. This will have a dramatic impact on reality in Judea and Samaria, and lead to the expansion of settlements as well as the legalization of outposts, complete with their connection to electricity and water.

The new reality will likely involve a systematic removal of illegal Arab settlements in Area C and the decimation of the 2009 Fayyad Plan to create a de facto Palestinian State by settling on Israeli land in Judea and Samaria with generous help from the Europeans and the US. The soon-to-be-just-another-MK Benny Gantz was an enthusiastic collaborator with the PA’s implementation of the Fayyad scheme, now this treasonous endeavor will be severed, God willing.

One of the first issues the Smotrich forces will tackle is the regulation of the “young settlement” – dozens of unapproved Jewish outposts whose status has not been regulated and as a result, they have been subject to years of constant harassment by the civil administration through its henchmen, the Border police. Now the Border Police in Judea and Samaria are under the direct command of Ben Gvir’s National Security Ministry, and the civil administration is under Smotrich’s control.

To get these outposts regulated, land surveys must be carried out, which could take many months, but once it is established that the outposts are on state land and not Arab-owned private land, it would reverse the criminal re-charting of the settlement boundaries by the Sharon government, and that will stick regardless of who’s in government four years from now. Religious Zionism argues, by the way, that the changes are only on the map, no new land has been acquired, the residents already live there, only the vindictive harassment will end.

Equally important: the Religious Zionist minister in the defense ministry will implement the court-approved demolition orders that have been stuck in the civil administration because they would thwart the two-state solution by eliminating illegal Arab construction, creating room for the expansion of legal Jewish settlements. Let’s hope for the demolition of the PA’s fictional settlement outside Ma’ale Adumim, Khan al-Ahmar. And with Khan al-Ahmar, the race to establish an urban sprawl between Ma’ale Adumim and Jerusalem will start, forever removing the possibility of a contiguous Palestinian State. The peanut-shaped Judea and Samaria will be divided in the middle.

And that, dear readers, is what sovereignty looks like. 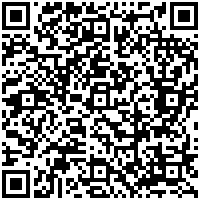