On Sunday evening, I and other political reporters received a surprising invitation to a press conference with Prime Minister Naftali Bennett.

The conversation took place Monday afternoon. In it, Bennett reviewed the year in which he served as prime minister. He didn’t hint that he was planning to step down, as he did Monday night, but when I think back to our two-hour conversation, it’s clear that it was designed to sum up his term in office. Looking back, there were plenty of hints that he was at the end of the road.

In his official announcement, Bennett claimed that the decision to dissolve the government had been made that afternoon, when he realized there was no way he could save it. Even if he was telling the truth, it was clear that the idea of closing up shop had already occurred to him.

The person who was the political hope of the ideological right is now a member of a club of prime ministers who held on barely a year—the others being Moshe Sharett and Ehud Barak. But unlike the latter, Bennett isn’t leaving behind scorched earth. Quite the opposite. He was terrible at handling politics, but he was pretty successful when it came to handling the country.

He dropped the ball with the Omicron wave and made a serious mistake when he designated his private home the official Prime Minister’s Residence. But he stood up for his principles in dealing with the Americans, dealt with the problem of lack of governability, trained Hamas to stay relatively quiet, dug in his heels in the international arena and showed creativity in dealing with Iran and other issues. But he did all this with six, then five, then four and finally two mandates. In the years to come, I daresay, his term in office—which some say he stole—will be remembered in a positive light.

Even if he doesn’t leave politics, Bennett is now stepping aside. He is making room for a head-on battle between Prime Minister-designate Yair Lapid and opposition leader Benjamin Netanyahu, who will take a fractured Israel into its fifth election in three years. They are both determined, they are both ready, they both have impressive rhetorical capabilities and they are both masters of stirring up their voter bases. And that’s exactly what’s so frightening.

Netanyahu and Lapid’s foremost responsibility is to get Israel through the election without it breaking apart. They have to keep the extremists quiet, take a stance against verbal violence without any excuses and, above all, refrain from taking steps that could tear this country into pieces—such as stopping Netanyahu’s trial through anything other than legal means.

Both Lapid and Netanyahu are smart enough to acknowledge the other’s arguments. They have an absolute responsibility to pull as hard as they want so long as the rope doesn’t break. 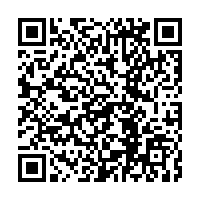