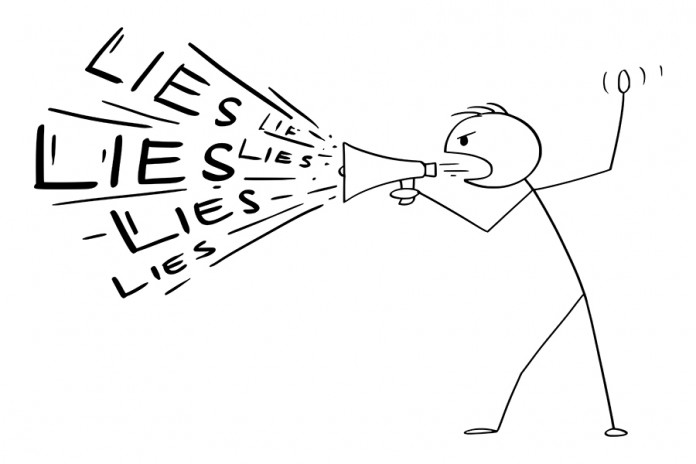 Moses said that when the Ten Spies reported back to the Jewish People about the Land of Canaan, they claimed to have seen “great and fortified cities in the Heavens” (Deuteronomy 1:28). The Talmud (Tamid 29a, Chullin 90b) explains that in this verse, the Torah is being hyperbolic: the Spies did not literally see that the Canaanite cities reached the Heavens; instead, as Rabbi Ami puts it, the Torah speaks in “words of havai.”

Rabbi Ami goes on to say that the prophets of the Bible and even the Sages are wont to speak in hyperbole. The Talmud uses two different terms to refer to such exaggerations: havai and guzma. Because the Talmud seems to use these two terms interchangeably, they seem to be synonymous, but when we explore their respective etymologies we will see that their origins differ from one another.


In explaining what a guzma is, Rashi writes that they are “simply words,” meaning they do not reflect the actual reality (Bava Metzia 38a, Chullin 90b, Erachin 11a). Similarly, Rashi explains that “words of havai” refers to speech spoken by common people, who often speak in vulgar ways that exaggerate the matter at hand (Chullin 90b). He notes that such people are not trying to lie but are not careful to speak the exact truth, either.

Rabbi Eliyahu HaBachur (1469-1549) in Sefer HaTishbi declares that guzma and havai mean the exact same thing: to overstate something in a way that it is not entirely accurate. HaBachur claims that guzma is actually a Greek loanword, an assertion also made by Rabbi Binyamin Mussafia (1606-1675) in Mussaf HaAruch. Nevertheless, after some searching, I have been unable to pin down a specific Greek word from which guzma may have been borrowed or even derived. Because of that, I prefer to assume that guzma is of Semitic origin.

In Biblical Hebrew, the root gimmel-zayin-mem appears only five times: Three times in the word gazam, which is a type of grasshopper (Joel 1:4, 2:25; and Amos 4:9) and twice in the proper name Gazam, whose family were among the Nethinim who came to the Holy Land with Zerubbabel (Ezra 2:48, Nehemiah 7:51). In Rabbinic Aramaic, this root took on the additional meaning of “threatening” (see Targum to Psalms 8:3, Proverbs 15:30, Job 30:21, and Shavuot 46a). Rabbi Yaakov Emden (1697-1776) posits that guzma in the sense of “exaggeration” is based on this last meaning of the root. Just as most threats are simply empty bluffs aimed at intimidating somebody, so too is guzma hyperbole that does not line up with the actual truth.

Rabbi Samson Raphael Hirsch (to Genesis 11:6, Leviticus 26:4, and Deuteronomy 18:10) connects the Rabbinic Hebrew term guzma to the Biblical term gazam by explaining that just as locust tend to travel in swarms, so too does a guzma imply a hyperbolic rendition of something true yet whose numbers are likewise inflated. Rabbi Hirsch also connects gazam to geshem (via the interchangeability of zayin and shin), explaining that a geshem is a solid mass composed of a hyperbolic amount of parts.

Rabbi Shmuel Jaffa-Ashkenazi of Istanbul (1525-1595) writes in his commentary Yefeh Mareh (end of Jerusalem Talmud Shekalim) that the word guzma is a portmanteau of egoz (nut) and meah (one hundred). The term denotes the sort of exaggeration whereby when speaking about a single nut, one would infer there were 100 nuts. Unfortunately, he does not explain why egozim in specific were chosen to illustrate this idea. (See also Eruvin 2b regarding guzma and the number 100.)

The Mishnah in Nedarim (3:1-2) rules that if one takes a vow in the style of havai, then the vow does not come into effect. For example, if a person vows to forbid something to himself on condition that “I did not see [as many people] on this road as [the number of people] who exited Egypt” or “I did not see a snake [that was as long] as the beam of an olive press,” then even if he did not literally see 600,000 people on the road or did not literally see a snake that was as long as a beam used for pressing olives, the vow does not come into effect. This is because the fellow who undertook the vow simply intended to accentuate by way of exaggeration the large amount of people that he saw on the road or the length of the snake that he saw – he never really intended to undertake a serious vow tied to the exact terms stated. The Mishnah brands such invalid vows “nidrei havai.”

The word havai can be spelled in two different ways: hey-vav-aleph-yod and hey-beit-aleph-yod. If we follow the first spelling, then it seems that havai is a form of the verb “is/to be.” In that sense, havai refers to an exaggeration as something that “just is,” i.e., it simply reflects the way that people talk. If we follow the second spelling, then havai seems to derive from the biliteral root hey-bet. Rabbi Aryeh Leib Feinstein of Brisk (1821-1903) understands the core meaning of that root to be “raising one’s voice” (see Proverbs 30:15). Havai as “exaggeration” is a way of figuratively raising one’s voice to make oneself heard. Rabbi Pappenheim similarly sees hey-bet as referring to “calling/commanding others to prepare something,” although he does not explicitly deal with the post-Biblical word havai.

Putting a different spin on it, HaBachur suggests that the word havai is derived from the Aramaic term hovai (“thorn”), found in Targum (to Isa. 7:25, 32:13, Job 30:4). He understands the connection by explaining that just as thorns are considered unimportant vis-à-vis the rest of a plant, so too are words of havai considered unimportant and untrue when compared to other rhetorical or literary devices. This explanation is actually first cited by Rabbeinu Nissim (to Nedarim 20b) when explaining the Mishnaic term nidrei havai. It also bears some thematic resemblance to Dr. Alexander Kohut’s explanation, which compares the word havai to a similar Persian word that means ” breath/air/nothingness/futile.”

The Italian Kabbalist Rabbi Menachem Azariah of Fano (1548-1620) writes that the word havai does not imply that something is totally null and void. Rather, it implies something that still needs to be understood and studied. He finds an allusion to this in the fact that havai can be understood as an acronym for the verse hinei barchu et Hashem, “behold they are blessing G-d” (Psalms 134:1). In this way, he intimates that “words of havai” should be taken seriously, but not necessarily literally.

In a similar vein, Rabbi Eliyahu HaKohen of Izmir (1659-1729) explains that the Canaanite cities were said to reach the Heavens because when one looks upon something that is very tall, it appears as though it reaches the Heavens. Thus, the literal meaning of that verse is not totally false, even though it is not factually true. 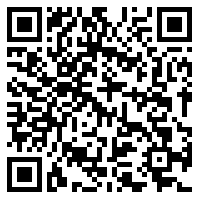