A luxurious estate and a rare rural mosque – among the earliest known worldwide (over 1200 years old) were recently discovered in the city of Rahat in the Negev. Large-scale archaeological excavations conducted by the Israel Antiquities Authority to facilitate the construction of a new neighborhood in Rahat––underwritten by the Authority for Development and Settlement of the Bedouin in the Negev––are providing graphic details of the gradual transition from Christianity to Islam that took place in the seventh to ninth centuries CE.

The excavations, directed by Oren Shmueli, Dr. Elena Kogan-Zehavi, and Dr. Noe David Michael on behalf of the IAA, revealed buildings with Christian and Early Islamic characteristics close to one another.


“We uncovered a farmhouse of the Byzantine period that apparently housed Christian farmers and included a fortified tower and rooms with strong walls surrounding a courtyard,” the researchers reported. “On a nearby hilltop, we found estates constructed in a completely different manner; these were built about a hundred years later, in the late seventh to ninth centuries – the Early Islamic period.

“The estate buildings, apparently built by Muslims, were constructed with lines of rooms next to large, open courtyards. Many of the clay-lined ovens revealed inside the rooms and in the courtyards were used for cooking food. The walls of these buildings were relatively thin and supported mudbrick walls that have not survived,” the researchers said.

An early rural mosque––the first of its kind–– was excavated in the vicinity in 2019 by Shahar Tzur and Dr. Jon Seligman on behalf of the IAA and provided proof of the identity of the inhabitants.

In the recent, renewed excavations, archaeologists were surprised to discover yet another rural mosque of the seventh to eighth centuries CE. The mosque includes a square room and a wall facing the direction of Mecca, the holy city of Islam. A half-circle niche is located along the center of the wall pointing southwards.

These unique architectural features show that the building was used as a mosque. The mosque stands alone on the site and was likely used by several dozen Muslim worshippers for prayers.

The mosque is located about 400 meters south of a luxurious estate building constructed around a central courtyard. It includes halls with stone pavements––some paved with marble––and walls decorated with frescos painted in red and yellow. Remains of fine tableware and glass vessels, some decorated with drawings of plants and animals, which were revealed in the building, attest to the wealth of its inhabitants.

According to the IAA researchers, “the evidence from all the excavation areas gathered so far: the dwellings, the houses of prayer, the ovens and utensils, shed light on the beginnings of the historical process that took place in the northern Negev with the introduction to the region of the new religion of Islam, together with new rulers and a new culture. These were gradually established, disinheriting the earlier Byzantine government and the Christian religion that ruled the land for hundreds of years.” 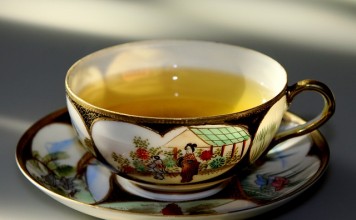 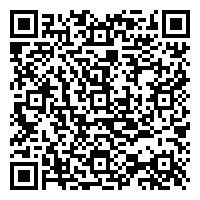