U.S. President-elect Joe Biden’s yet-to-be-confirmed victory over incumbent U.S. President Donald Trump has ushered in a flurry of questions in Israel over what a Biden-Harris administration would look like and how it would differ from the Obama administration specifically with regard to Israel.


Eytan Gilboa, an expert on American politics and foreign policy, as well as a senior research associate at the BESA Center for Strategic Studies at Bar-Ilan University in Ramat Gan, told JNS the next administration “will differ in certain areas” compared to Obama’s.

“We should not expect much continuity,” he said. “Every president wants to leave their own imprint.”

Gilboa noted a few points. First, Biden’s top priorities will be domestic: dealing with the coronavirus, interracial relations and the economy.

Second, Biden’s ability to pass legislation will depend on the makeup of Congress and whether the Republicans or Democrats control the Senate.

Third, according to Gilboa, many of the so-called progressives, the radicals, “are anti-Israel and some are anti-Semitic.”

“The question is how powerful they will be,” said Gilboa.

‘A need to change the sunset clause’

While Biden may not necessarily take a hard line against Israeli Prime Minister Benjamin Netanyahu, “the people under him may not be so forgiving, as many are Obama veterans. These people are not very friendly [towards Israel]. The question is how much influence he will give them.”

With regard to policy, Gilboa said, “there will be continuity in terms of all bilateral relations, including intelligence coordination, security cooperation, joint maneuvers and development of missile defense systems. These will continue and perhaps improve.”

Gilboa suggested that Israel will likely need to be concerned about three issues. The first is the United Nations, where Biden is likely to renew American involvement and participation in U.N. international organizations such as the International Criminal Court and the U.N. Human Rights Council. The Trump administration spent four years lambasting the United Nations over its anti-Israel stance, and in 2019, Trump withdrew America from the U.N. Educational, Scientific and Cultural Organization (UNESCO).

The second issue to concern Israel is Biden’s intention to work closely with Europe, which according to Gilboa, could be “problematic on issues such as Iran and the Palestinians.”

In terms of Biden’s approach to Iran and his intention to sign a new deal with the Islamic Republic, Gilboa said Israel should make every effort “to participate in the formulation of a new deal.”

He explained that Biden said he wants to negotiate a new deal with Iran and while Iran thinks it will be similar to the 2015 deal, it won’t. “Five years have passed, and there is a need to change the sunset clause,” he said.

In fact, UNSCR 2231’s section on the arms embargo against Iran already expires this year. United Against Nuclear Iran (UANI) CEO Ambassador Mark D. Wallace has warned that the expiration of the arms embargo “will have immediate destabilizing consequences for Yemen, Bahrain, Lebanon, Syria, Iraq and Israel. Terror organizations like the Islamic Revolutionary Guard Corps’ (IRGC) Quds Force, the Al-Ashtar Brigades, Hezbollah, Hamas, Palestinian Islamic Jihad and the Houthis are the likely beneficiaries of this sunset provision.”

Gilboa said any new deal with Iran “will have to be tougher and include issues left out of the original deal such as the development of ballistic missiles.”

Iran would like to negotiate, said Gilboa, but it insists the United States must abolish the economic sanctions as a precondition to any deal.

Regarding the Palestinians, Biden has said he won’t move the U.S. embassy back to Tel Aviv, though there are reports that Palestinian Authority leader Mahmoud Abbas will insist on it.

More worrying for Israel, is Biden’s intention to restore aid to the Palestinians and UNRWA, which could result in the financing of terror against Israel, and he has said he will reopen the PLO mission office in Washington.

“I doubt he will emulate Obama’s obsession with the peace process,” said Gilboa. “I do not see any major peace process or peace plan. I don’t think this is going to happen.”

The third issue that will concern Israel according to Gilboa related to the Abraham Accords that saw Bahrain, the United Arab Emirates and Sudan agree to normalize relations with Israel. Trump planned to add other countries such as Oman, Morocco, maybe Kuwait and even perhaps Saudi Arabia. The reason was to counter Iran in the region.

Biden had applauded the Abraham Accords, but his top foreign-policy advisor, Tony Blinken, has said that the significance of the deals were “a little bit overstating” and noted that Israel had close ties with the countries under the Obama administration as well.

But Gilboa said that Iran will now give the United States an ultimatum. “If given the choice, Biden will choose Iran,” said Gilboa.

For its part, Israel and the Arab Gulf states are reportedly moving to help the Trump administration levy a “flood” of sanctions on Iran before Biden is sworn in reportedly out of concern that Biden could undo Trump’s “maximum pressure” campaign against the Islamic Republic. 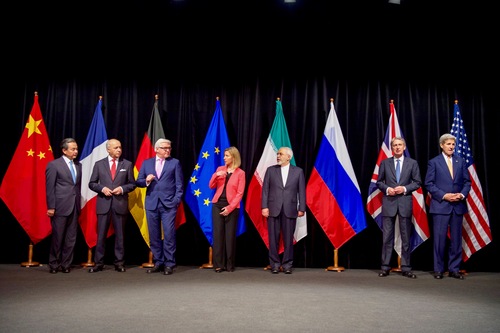 Representatives of Iran and the P5+1 world powers pose for a photo in Vienna, Austria, following the July 14, 2015, announcement of the Iran nuclear deal. Credit: U.S. State Department.

According to Michal Hatuel-Radoshitzky, a research fellow at the Institute for National Security Studies, “what was considered ‘pro-Israel’ in Obama’s term is not necessarily seen as ‘pro-Israel’ today.”

“Furthermore,” she added, “one has to take into account that similarly to American society, Israeli society is divided and multi-faceted with different sectors having completely different perceptions of what it means to be ‘pro-Israel.’ ”

Hatuel-Radoshitzky said that both Biden and Vice President-elect Kamala Harris have proven time and again that they are Israel’s allies.

“Among other things, they are committed to maintaining Israel’s QME [Qualitative Military Edge], and they have declared that they will not condition aid to Israel on the Israeli government’s policies vis-à-vis the Israeli-Palestinian conflict,” she said.

Whether the Biden administration will launch an effort to create a peace process between Israel and the Palestinians, Hatuel-Radoshitzky agreed with Gilboa, saying that it is “safe to assume that the Biden administration’s initial energies and resources will be internally focused. In addressing the Middle East, the priority will likely be addressing the JCPOA. The Israeli-Palestinian conflict will come in only later.”

According to Hatuel-Radoshitzky, Israel should prepare for a Biden administration by making a “proactive effort to establish open and direct communication lines with Democratic Party officials to transform Israel into a bipartisan issue.”

She said Israel should not fear the renewal of Palestinian aid, but should rather perceive it “as an opportunity towards increased US leverage vis-à-vis the Palestinians who will once again perceive the United States as an acceptable mediator.”

Hatuel-Radoshitzky said she believes that returning U.S. aid to UNRWA or returning the United States to the UNHRC or to UNESCO “could play out very positively for Israel if conditioned upon important changes in the way these bodies function. In other words, there is an excellent opportunity to increase U.S. influence in a way that will be conducive to Israel, too.” 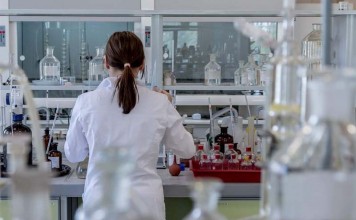 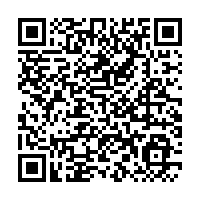