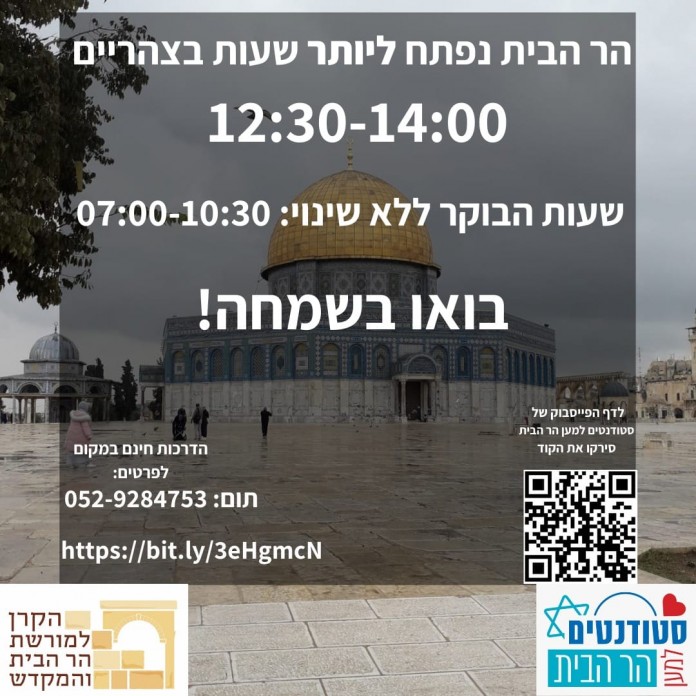 After years of struggle, Israeli officials have decided to grant Jews an hour-and-a-half in the afternoons to go up to the Temple Mount.

The policy change was announced by Students for the Temple Mount whose members have fought for years to expand the hours that Jews are allowed to visit. Morning hours have not changed.


The Israeli government limits the times and number of Jews allowed to go up onto the Jewish people’s Temple Mount to avoid upsetting the Islamists and Jordanian government. 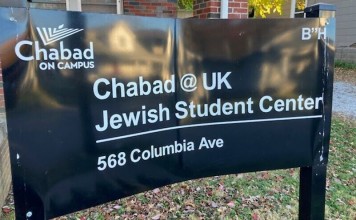