As George W. Bush begins his eighth and final year in the White House, it’s fitting to step back and look at this president who almost wasn’t, save for the decision by the U.S. Supreme Court to halt the relentless recount process in Florida.

Though later studies, funded by various media organs, showed that Bush would likely have won further recounts under nearly every conceivable scenario, these findings never made a dent in the lingering bitterness and anger of those who believed the White House rightfully belonged to them. These folks never forgave Bush for winning and, except for a brief and grudging hiatus after the attacks of September 11, 2001, they kept up a relentless barrage of public sniping and legislative obstruction for the duration of his two terms.


Still, despite the sourness and hard feelings that have accompanied these past seven years, it’s inevitable that history will have the final say. So, while it’s still early, perhaps we can get a leg up on the historians by asking what the country has to show, after two terms of George W. Bush, besides the bitter cultural and political chasm that continues to divide us today.

Bush’s administration got off to a halting start in the wake of a post-nineties stock market swoon and a series of financial scandals that spilled into his first year in office. The excesses and mistakes of top tier management at Enron and MCI-Worldcom gave capitalism a bad name and Bush’s enemies another brush with which to tar him, however unfairly.

In that first year, too, his administration took way too long to get its second-tier appointments confirmed as Democrats in Congress dug in their heels to slow ratification of Bush appointees.

And then came 9/11. Manifestly, the Bush administration wasn’t ready for it. Neither were any of us, though we learned later that throughout the 1990’s there had been plenty of intimations as to what was coming that previous administrations had somehow managed to miss, too. Everything looks clearer with hindsight, of course, and the huge mistakes we made in terms of intelligence and preparedness look obvious now, though they certainly weren’t then.

After a stunned initial response to the attacks, the Bush administration rallied the nation and put together a response that rolled up terrorist organizations around the world. In Afghanistan we drove the Taliban (supporters and patrons of al Qaeda) from power, while spearheading a comprehensive effort to improve national intelligence and harden our defenses at home. The upshot? We haven’t suffered any follow-on attacks since 9/11 while we have captured or killed untold terrorists and would-be terrorists around the world.

The downside, unfortunately, includes the fact that we’re now stuck with hundreds in the limbo of a special holding compound at Guantanamo while human rights advocates in this country and around the world castigate us for allegedly using “torture” and illegal detention against those captured.

Adding their voices to these complaints, anti-Bush partisans have weighed in against Guantanamo and other initiatives such as the Patriot Act (which aims to unify and broaden internal intelligence activities) and international telephone surveillance of suspected terrorists (modern telecommunications technology routes so much of transmitted data within U.S. borders, thereby running afoul of an old law instituted in the seventies when telecommunications systems worked differently).

So the Bush administration rallied the nation and made us safer, but the steps taken have left us arguing bitterly among ourselves about the morality and legality of the administration’s actions.

More broadly, after hitting back at our attackers by unseating their protectors in distant Afghanistan, Bush decided to unseat Saddam Hussein as well. A Middle East dictator who had become an increasingly destabilizing force in the region, Saddam was believed to have weapons of mass destruction in his arsenal, and had been backing and fomenting terrorism himself.

Though undertaken with the express intent of replacing a brutal and ruthless tyrant with a more reliable and peaceful democratic regime, this effort looks, in retrospect, to have been a mistake. The administration and the intelligence agencies it depended on got the data dreadfully wrong. Saddam, it turns out, never had those weapons of mass destruction and unseating him introduced not a reliably stable democracy in its place but even greater instability. Democracies are messy, to be sure, but Iraq has proved to be too messy, even for us. 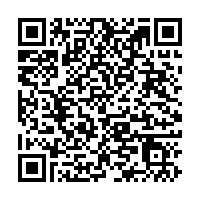