Erev Shabbat, Parashat Shemot was a beautiful, clear day. The sun had warmed up the brisk winter air, and off came the jackets as everyone was enjoying the milder weather. My husband and I were excited at the prospect of spending Shabbat in Hebron. The last time we were in Hebron was in June of 2007 when we had the nachas of being present at the completion of Sefer B’reshit by our grandson’s class. This Shabbat was the fulfillment of our desire to spend Shabbat in the heart of Hebron.

We were a small, congenial group that gathered in a guesthouse in the Shalhevet neighborhood of Hebron. The group was made up of friends and family. Not everyone was acquainted with one another but still, friendships were quickly formed. There were, B”H, many children there and they all seemed to become instant buddies. Our anticipation of an extraordinary Shabbat was being realized thanks to the superb arrangements by our daughter-in-law.


We lit candles and then walked to the Ma’arat HaMachpela. Along the way, we greeted all the chayalim on duty with a loud and cheerful Shabbat Shalom!

After finding seats, we began davening Kabbalat Shabbat. The minyan we attended was held in the large open area in the center hall covered by a canvas roof. It was quite chilly, but as the prayers progressed, the singing and (men’s) dancing warmed us all, in body and soul. Hungry though we were, we could have sat there for hours. The spirit in bringing in the Shabbat, our love for Hashem, and the joy of being together in such a holy place permeated the air.

Suddenly, I became aware of a young girl crying. She was sitting a few seats away from me, next to my granddaughter. I’ve seen this before; participants become overwhelmed by the beauty and spirituality of their tefillot and react with silent tears. But she didn’t stop, and in fact, her sobbing quickly became audible. It sounded as if her heart was breaking. She was praying with such intensity and sorrow that the depth of her emotions touched my soul and tears flowed down my face without my knowing why.

After the final tefillot, my granddaughter, who must have been her age, spoke to her and other friends came over to hug her. On the way back to the guesthouse I asked my granddaughter if she knew what had occurred. “Her brother was murdered today,” said my granddaughter, her voice filled with despair. I then learned of the terrorist attack that took place that morning.

Since it was such a beautiful day, two friends, Ahikam Amihai and Yehuda Rubin, both age 20, went on a nature hike with their friend, Na’ama Ohayun. They were ambushed by terrorists and both were killed in an ensuing gun battle with these terrorists. The boys managed to kill two of the terrorists during the surprise attack, and though mortally wounded, were able to save Na’ama’s life. She was able to escape and call for help, which tragically didn’t arrive in time.

I realized then that the young girl we saw in Ma’arat HaMachpela praying, worshiping Hashem while bitterly crying for her murdered brother, exemplified the epitome of emunah. Through her tears and sobs she understood the words of her tefillot and believed in them and in the Dayan Ha’emet.

Her emunah in Hashem was not destroyed and neither was ours. 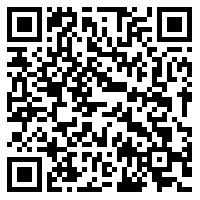