A growing problem, the radicalization of Muslim youth, all too often gets brushed off as a Western problem: specifically, being racist toward Muslims, and making them feel alienated and angry .

Canada’s Royal Canadian Mounted Police [RCMP] have thwarted a terrorism plot – one that enlisted the help of al Qaeda in Iran — to derail a VIA Rail passenger train. A combined effort between the RCMP, Toronto and Montreal Police and the FBI led to the arrest of two men on terrorism charges: 35 year old Raed Jaser of Toronto and 30 year old Chiheb Esseghaier of Montreal. This news comes on the heels of the double bombing at the Boston Marathon that killed three people and injured more than 170. Among the dead was an 8 year old boy.

Meanwhile an international manhunt is underway for a fourth young man in London, Ontario wanted for questioning in the terrorist attack on an Algerian gas plant back in January. Libyan born Mujahid Enderi, who goes by the name of Ryan, is being investigated by authorities, along with three Londoners – Aaron Yoon, Ali Medlej and Xristos Katsiroubas – also implicated in the terror attack. The latter two, both age 24, were among the 29 militants killed in the four-day siege and hostage-taking in Algeria that claimed the lives of 37 hostages.

In yet another case, Somali and Canadian security forces are now probing whether or not a former York University student was part of a team of suicide bombers last Sunday who stormed a courthouse in Somalia’s capital, Mogadishu, killing and injuring dozens. A separate car bomb targeted Turkish aid workers. Mahad Ali Dhore grew up and studied in the greater Toronto area and is reportedly one of the nine Al Shabab militants involved in the well planned attack.

Despite these recent acts of terrorism against innocent citizens, excuses were made that blamed the victims and exonerated the perpetrators.

Former NBC News anchor Tom Brokaw strongly suggested that America is partly to blame for the Boston bombings because the young Muslim men involved may have felt “alienated” and angry over U.S. drone strikes on “innocent civilians” in Muslim countries abroad.

Geraldo Rivera tweeted, “regrets to my Muslim brothers/sisters. We know how Boston will aggravate life’s friction—Now’s the time for patience pride & understanding.”

Blaming America and appealing to a presumed guilt will not solve the problem of Muslim radicals wishing to infiltrate, dominate, Islamize and kill Western citizens. Their Wahhabi ideology is influencing Muslim youths in the West, who are being taught to hate and wage jihad on Western soil. Such messages are being promulgated through a high percentage of mosques, training manuals and radical mentors online and through al Qaeda camps overseas, with the complicity of a media that justifies and enables these acts.

According to United Nations Secretary-General Ban Ki-moon , “The Internet is a prime example of how terrorists can behave in a truly transnational way; in response, states need to think and function in an equally transnational manner.” The internet is a powerful tool in promoting propaganda; financing terror; efforts to recruit and radicalize; and the execution of strategies, attacks and cyber-attacks.

In addition, the fact that a Canadian citizen with dual citizenship, living in Lebanon, was involved in a bus bombing involving Hezbollah in Bulgaria last year raises greater concern about Canadians traveling overseas to carry out terrorism acts. Last year The Special Senate Committee on Anti-terrorism reported that the Canadian Security Intelligence Service is aware of between 45 to 60 Canadians (most in their early twenties) having traveled or attempted to travel to countries such as Pakistan, Afghanistan, Yemen and Somalia to join al Qaeda-affiliated organizations to execute terrorism-related activities. Some of them have returned to Canada after full terrorism training, or even after having executed terrorism acts abroad.

Infiltration strategies present yet another terrorist front. According to Canadian-Iranian activist and translator Shabnam Assadollahi, Iran has been engaged in infiltration strategies that began in the early 1990s when its former president, Akbar Hashemi Rafsanjani, came into power with the goal of spreading terrorism abroad. Not long ago, Assadollahi blew the cover of Hamid Mohammadi, an Iranian official working as Cultural Counselor to the Embassy in Canada, through the translation of an interview in Farsi that revealed Iran was using its embassy in Canada to mobilize loyalists of the Islamic Republic of Iran to infiltrate the Canadian government and attack the United States. 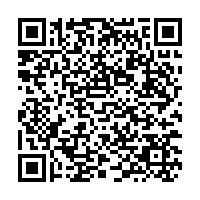