Several websites have picked up on a UPI report that the Israeli Air Force attacked a chemical weapons site in the Damascus area on Saturday. (Here’s the original UPI report). The report is unconfirmed by any official source, but it is credible.  There are caveats, however.

The site in question, if it was struck, was probably the Syrian Scientific Studies and Research Center (SSRC), long known to be a key facility in Assad’s chemical and biological weapons program.  (See here as well.)


The blogger, “Mossomo” at Flopping Aces put together an excellent timeline back in February on the events leading up to a previous unconfirmed report that the IAF had struck the SSRC.  This strike was reportedly conducted on 30 January 2013. Hours later, Israel targeted a truck convoy west of Damascus which was carrying sophisticated new surface-to-air missiles for Hezbollah in Lebanon.

I doubt the convoy’s cargo itself was related to the chemical weapons site; if Israel went after both targets in January, it was because they were close, geographically, and Israeli military authorities wanted to maximize the gain from a rare and dangerous penetration of Syrian air space.

But it’s not actually clear that the SSRC was hit at the end of January.  David Barnett at Long War Journal was among many who picked up a few days afterward on satellite imagery shown by Israel’s Channel 2, which seemed to show the SSRC completely unscathed, after the date of the reported attack.  Barnett concluded that the IAF probably meant to attack only the truck convoy, which was in a parking lot close to the SSRC at the time of the strike.

If the IAF actually attacked the SSRC on 28 April, the urgency of hitting it may relate to the battle being waged in its vicinity at this very moment.  According to the Lebanese Daily Star, Assad’s forces are engaged in an all-out assault to retake the area around the compound from the rebels.  Fighting in the immediate vicinity of the SSRC increases the danger that its inventory will fall into rebel hands – and thence into the hands of Islamist jihadists, including Hezbollah, Hamas, and al Qaeda.

It’s also possible that Israel attacked something near the SSRC on Saturday, but not the SSRC itself.  One factor arguing for that assessment is that attacking the SSRC would be a big job.  There’s a lot of industrial square footage to thump; the IAF would want to put more than a couple of strike fighters over the target.  Ideally, there would be sequential strikes; I would envision two strike-fighter pairs delivering an initial ordnance package, followed by another wave of pairs an hour later delivering a second one.  Additional restrikes could well be necessary – if, that is, the objective is to “k-kill” the installation, or destroy it completely so that it could not be reconstituted within a timeframe useful to the current civil war.

If that’s not the objective, it’s hard to think of one that would justify putting IAF aircraft in Syrian air space in order to strike the SSRC.  Either you go in to take it out for the duration of the civil war, or you don’t hit it at all.

So perhaps the IAF visits have been for other purposes, and the SSRC hasn’t been hit.  Assad’s forces hold the compound itself and they may well be using it to marshal other kinds of military equipment, which, like the truck convoy in January, can from time to time present a lucrative target for the IAF.

It’s hard to say, without any idea of how big the reported attack was on Saturday.  If the Israelis did attack the SSRC, however, it’s a good bet that they did whatever was necessary to achieve a useful effect.  In our brave new world, someone will put out satellite imagery in a few days, and then we’ll have a better idea.

Originally published at the Optimistic Conservative. 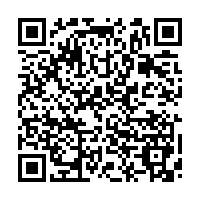