John Kerry, as he so often does, managed to put his foot squarely back into his mouth.  In comparing the murders at Charlie Hedbo and the Hyper Kasher with the most recent multipronged attack in Paris, the Secretary of State claimed that there could be some justification or rationale for the former but not for the latter.  The more recent terror in Paris was random and had no definable purpose according to Kerry.

The secretary’s view is unfortunately not unique.  Many terror attacks are called “random acts of violence” or the “senseless acts of violence”.  These designations are a misnomer and a very dangerous one.  If a person wishes to assassinate a prime minister and instead kills his body guard, then one could probably conclude that the assassin had failed.  But modern terror is rarely directed towards a specific individual.  There is nothing random when terror’s purpose is to kill and maim a few and concomitantly instill fear in a much larger population.  Our draconian airport security regimen is a direct product of the 9/11 attacks; France being under curfew for the first time since World War 2 is a product of the recent attacks carried out by a handful of terrorists who never knew the people they were killing.

So why do we call modern terror attacks random acts of violence?  Obviously, we see the events from our own perspective.  People who were going about their own business and had never interacted with or directly harmed the plotting terrorists are killed or wounded for no apparent reason.  Such a view is not so unreasonable if we focus on the lives of those harmed.  In a 2002 suicide bombing in which my son and I were wounded, a young couple was killed.  She was pregnant with twins and they had just stepped out of an ultrasound appointment when the Palestinian bomber detonated the charge he was wearing.  She died on the spot and her husband died during surgery.  They left behind two young girls.  For us, such a loss is random and senseless.  What if they had left the clinic 3 minutes later?  What if the bomber had gone somewhere else to blow himself up? All of it seems so random to us, but to the terrorists there is nothing random at all.  After the attack, Fatah’s Al-Aksa Martyrs Brigade took responsibility and gave details about the 22-year old bomber from Nablus.  For them, there was nothing random in the thoroughly-planned attack:  Jews had been killed and wounded.  People would be less prone to go downtown any time soon.  Pressure would build on the Israeli government “to do something” that might break a political impasse.  The bombing was a perfect success in the eyes of the terrorists (they stated as much at their trials); they could have cared less who was killed and wounded. In the indictment of the terror cell’s leader, it was disclosed that the bomber was told that if he was stopped at a checkpoint, he should immediately detonate himself, so as to kill a Jew, even just one.  If we look from the terrorists’ eyes, the goal was clear; it did not matter who the specific victims were. The apparent random nature of the victims gave notice to each Israeli citizen that he or she could be on the receiving end of such treatment, G-d forbid.

“Random acts of violence” might be used to describe a sudden fight between drunken fans at a baseball game or someone shooting in the air and accidentally hitting and killing someone:  there is no long-term purpose in the violence and it was not premeditated.  The same cannot be said of today’s terror events.  Blowing up a Russian plane makes all fliers edgy and forces countries to spend added billions to guarantee the safety of air travel.  Even if ISIS never tries to blow up another airplane, it has succeeded in putting more pressure on all countries—and not just Russia—to guarantee that tens of thousands of daily flights are safe for travel.  During the Second Intifada (2000-2006), only one Israeli politician was killed, out of the 1,100 Israelis killed and 8,000 wounded.  Yet the cumulative impact of daily shootings, bombings, stabbings and stone-throwing against regular citizens traumatized the nation and led to political changes as well as devastating economic losses as tourists were afraid to visit and locals were petrified to get on buses or sit in an outdoor cafe.  The terror was meant to put political pressure on Israel; the specific victims were irrelevant in the eyes of the murderers.

So please, drop the “random acts of violence” rubbish.  The terrorists know exactly what they are doing, and they rightly believe that one attack can have a psychological effect on millions of people; thus, the specific victims are not important, just that there should be victims.  After the Charlie Hedbo and Hyper Kasher attacks, a Frenchman who was neither a political cartoonist nor a Jew might have concluded that his life was in no real danger (though the terrorists did kill others who were in the vicinity).  After the recent attacks in Paris, no one in France can feel safe:  is it okay to go the store?  Get on a bus?  Go out for a meal?  There is nothing random in terror attacks; let us hope that the West can appreciate the seriousness of these attacks and respond in a non-random way of its own. 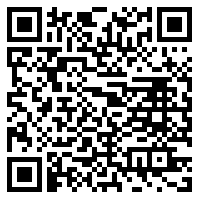