Three Jerusalem Arabs were sentenced to prison terms on Monday for plotting to kill Jews on the Temple Mount, and security forces as they patrolled so-called “eastern Jerusalem” neighborhoods.

According to the indictment the leader of the cell, Nor Hamdan, 24, allegedly recruited the defendants and others to form a terror cell after deciding in February 2013 to attack security forces in Jerusalem and Jews who visited the Temple Mount “to pray.”


Under questioning Hamdan confessed that he intended to “defend the Al Aqsa Mosque.”

According to a statement by the Israel Security Agency (Shin Bet) the members of the terror cell reside in the A-Tur and Ras Al-Amud sections of Jerusalem, and in the Old City. Hamdan received training, guidance and weapons from terror organizations in Judea, Samaria and Gaza with whom he was in contact, according to the indictment.

According to the Shin Bet statement, the terrorists “began firearms training with a handgun near Qalandia” and later planned to steal weapons from police officers in A-Turn.

In one incident the terrorists also briefly considered ambushing a police vehicle but were themselves caught off guard by police instead, according to the indictment. 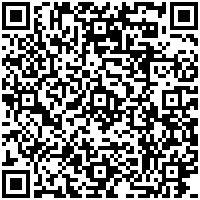