Israel is following a trend in the United States to raise speed limits, and drivers now will be able to sped up to 80 miles an hour on most of the north-south Highway 6 (Kvish 6) without fear of a ticket.


The new allowable speeds will apply on Highway 6 between the Iron interchange and the tunnel near the Jerusalem-Tel Aviv exists, and the highway to the south will soon be included under the new regulations.

Raising the speed limit on high-speed highways between cities is being carried out through adoption of new guidelines that determine that speed limits in Israel will be drafted by a team of experts, including traffic and safety engineers.

It also is a safe assumption that industry lobbyists have been pushing for a faster legal speed so that truck drivers can reach their destinations faster.

Katz said that the speed limit can be raised on Highway 6 because several new safety features have been installed, including new guard rails, shoulder lines that rumble when a car veers off the right lane, and reflector lights.

Speed limits in the United States are being raised in many states, decades after they were reduced because of the oil shortage in the 1970s.

Once upon a time, the speed limit on Nevada’s major highways that were flat as a pancake was “safe and reasonable.”

The oil shortage four decades ago prompted Congress to restrict speeds to 55 mph, a regulation that was repealed 20 years ago.

Today, Texas allows the highest speed, 85 mph, in the United States. That is only a bit faster than permitted now on Israel’s Highway 6. Utah and Wyoming allow drivers to speed up to 80 mph on some highways. 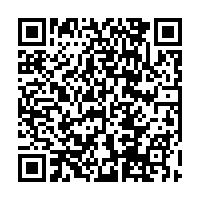