Appropriately enough this article first began as a series of tweets on my @YonatanGordon account. But to assist with readability, I decided to put them all together into one article. They’ve also been slightly edited.

This week is the Twitter week [1] of the Jewish year. The week when we read about the twittering bird in the beginning of the Torah portion of Metzora. In order to heal the effects of ill speech (lashon hara) the cohen (priest) brings two birds which chatter ceaselessly with twittering sounds. The idea to keep in mind, especially beginning anew from this week — Jewish Twitter Week — is that our tweets should always be positive, uplifting, and healing.


The important thing to have in mind this week is the importance of not speaking ill against others or the world. Positive speech is the order of this week and every week!

In marketing books they tell you to make up annual commemorations, coin phrases… This is okay as long as there is a true conceptual basis behind it. Sometimes the underlying message is crystal clear. e.g., Facebook went IPO exactly on Jewish Communication Day.

While no government bans twitter because of positive speech, the lesson here is that positive speech is even more potent than the opposite. This is the message of Jewish Twitter Week.

Continuing the meditation on the power of a positive tweet: a twitter life-saving news article after the Japan quake.

When the Egg Hatched

The first tweet from Jack Dorsey May 21, 2006 corresponded to 21 Adar, the memorial day of passing for Rabbi Elimelech of Lizhensk. In our generation we see very clearly how quantity = quality. The more selfless good actions and tweets, the more tzadik-like we become. Rebbe Elimelech wanted each of us to be a tzadik – to ceaselessly do good while detesting evil. Having a twitter account helps at least with Part 1.

Since Twitter was announced on Rebbe Elimelech’s day of passing, this reminds us that our accounts should contain the unfolding story of our lives. This is the life story that every tzadik pens during their lifetime. Rebbe Dovid of Lelov once said, “Now we learn the tractate of Baba Kama, but in the World to Come there will be an additional tractate called Rebbe Dovid of Lelov.”

Content-wise, there is no difference whether a person has one, thousands or millions of followers, the difference is in how we relate to each. We can train ourselves to see past the zeros of people with large followings (e.g., one million, 1,000,000), by working to internalize those zeros w/in us. While Randy Pausch sold over five million copies of “The Last Lecture” the readers that mattered to most to him were his three children.

Although we should only know of happy moments in our lives, when we view another as family, then we can see past a person’s current fame, popularity, etc…

What we have now said relates to the concept behind the @ symbol. What Kabbalah calls traveling along the zero-point of consciousness [2]. You are where your thoughts are. If your thoughts are to earnestly relate to another, then the @ can indeed help connect.

The Ba’al Shem Tov used to skip time and space — leaping distances in an instant — while traveling in his wagon in order to help another. Today the @ symbol can remind us of this ability to leap to help another.

The most common place to meet people is at the crossroads, the intersection. This is the concept behind the hashtag # – the meeting ground. The hashtag expresses our hope for greater unity. For instance in politics: vertically minded are conservatives, horizontals are liberals (see here).

The two vertical and two horizontal lines of the # (hashtag) are unified through the zero-point — what we can now call traveling along the @ symbol. As we said above, to @ someone is to leap forward into order to benefit someone at a distance. Related to our Grand Unified Theory for Twitter: The @ relates to our desire to bring unity among all four groups of people (the two vertical and two horizontal levels), the # symbol.

Instead of working so hard to speak to the crowd (#) first work on relating honestly and empathically with others (@). The # follows from the @, not the other way around.

The lesson from this meditation is that it is better to search out and connect with people before hashtags.

What does it mean if someone you @ doesn’t respond? Best approach is to work on oneself. No sincere voice, call from the heart goes unheard. I once knew someone that now millions know. But the difference is in me not him. It is my challenge to see past these millions to @ (connect with) the one friend. The flip side is also true. The more followers one has, the more responsibility. Mashiach feels the weight of the world on his shoulders.

Where do we find this “size of following” concept in the Torah? Regarding the men of truth that Moses appointed.  There are leaders over thousands, leaders over hundreds, leaders over fifties, and leaders over tens. But the virtues are discussed before this: “You shall choose out of the entire nation men of substance, God fearers, men of truth, who hate monetary gain…”

1. Originally wrote “day,” but changed to week since it is the Torah portion for the entire week.

2. As explained in Lectures in Torah and Modern Physics) 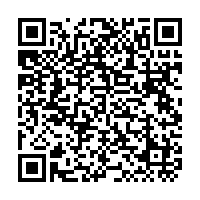