In April 2020, the Jewish people will be commemorating the 100th anniversary of the San Remo Conference, convened in Italy from April 19 until April 26, 1920, in the aftermath of the First World War. British Prime Minister Lloyd George and his minister of foreign affairs, Lord Curzon, attended along with the prime ministers of France and Italy. Representatives of Belgium, Greece, and Japan also took part. They constituted what was called the Supreme Council of the Principal Allied and Associated Powers. Most people have heard of the other great postwar conferences, like the Paris Peace Conference or the Geneva Conferences at the end of World War II. But San Remo has not been on many people’s radar screens, despite the fact that it created the geographic basis of the modern Middle East for most of the 20th century.

San Remo dealt with the disposition of territories that until 1920 were a part of the Ottoman Empire, which had been defeated in the war. Formally, the Ottomans renounced their claim to sovereignty over these lands, sometimes called Arab Asia, in the Treaty of Sevres, which was signed the same year as San Remo, on August 10, 1920. It was at Sevres that a draft peace agreement between the allies and the Ottoman Empire was worked out. What these postwar treaties enabled was the emergence of the system of Arab states, on the one hand, and the emergence of a ”national home for the Jewish people,” on the other hand. The Balfour Declaration from 1917 was in essence a declaration of British policy. But San Remo converted the Balfour Declaration into a binding international treaty, setting the stage for the League of Nations Mandate, which was approved in 1922. It has been noted that at San Remo, Jewish historic rights became Jewish legal rights.

Were these legal rights of the Jewish people superseded in subsequent years? At the time that the UN Charter was drafted in 1945, officials were cognizant that this argument might be raised. Therefore, they incorporated Article 80 into the UN Charter which stated specifically that “nothing in this chapter shall be construed in or of itself to alter in any manner the rights whatsoever of any states or any peoples or the terms of existing international instruments to which Members of the United Nations may respectively be parties.” Thus, the foundations of Jewish legal rights established through San Remo were preserved for the future. 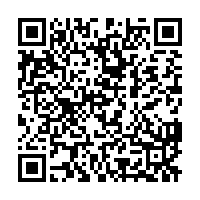