Recently, I witnessed a child from a frum family texting on Shabbos. “What’s the big deal? It’s just a quick text,” the child said when I confronted him.

When I came home, I asked my kids, all students of Modern Orthodox day schools, if they knew people who texted on Shabbos. Incredulously, they asked, “Dad, where have you been? At the Pesach program, at least 30 percent of the kids were openly using their phones on Yom Tov and Shabbos. And their parents knew!”


On a recent Shabbaton, a rav mentioned to me that he saw many kids texting on Shabbos. I asked him how that was possible. His response was unnerving. “Avi, kids today are different. In our day, we would argue and talk it out. Today, something far more dangerous lurks beneath: apathy. They simply don’t care.”

The next Shabbos in shul, I started a dialogue with a fine, modern frum man and mentioned that I wasn’t sure parents realized how many kids were texting on Shabbos. He lightheartedly shrugged his shoulders and said, “Hey, what are you gonna do?” I responded, “Wouldn’t you be devastated if your kid were breaking Shabbos?” He just smiled and replied, “When did you become so frum?”

I was speechless. Need one be “so frum” to object to texting on Shabbos? Over the next few weeks, I spoke with a number of kids and adults, and the vibe from all of them was the same: It’s not a huge deal. It’s just a couple of texts.

Where to start? For one, if Hashem mentions twice in His holy Torah to “keep and safeguard my Shabbos,” it must be rather important. And considering that one receives the death penalty for violating it, it evidently is a big deal in the eyes of God.

How can we even consider doing work on Shabbos when God created it for the very purpose of abstaining from work? God Himself rested on Shabbos, which is why we rest. Hashem tells us that the day is so holy that tefillin need not be worn on it. We also know that a double portion of the heavenly mon fell on this day. Clearly, then, Shabbos is not something we should regard lightly.

Why is texting such a “big deal”? When I was a youngseter, my science teacher explained that as a child he remembered seeing X-ray machines at shoe stores, which would show you exactly where your toes and heel were, ensuring a perfect fit. Everyone was thrilled – until one day they realized that people were dying from overexposure to radiation.

A similar evolution took place in regards to smoking. Prior to the 1970s, smoking was seen as cool and classy, and it was rare to see a movie star without a cigarette. Only years later did people discover the deadly effects of smoking. They may have had fun smoking – and thought it “no big deal” – but it was harming them all the same.

The same is true of violating Shabbos. Whenever we violate Shabbos, we damage our souls even if we don’t realize it at the moment. Like the effects of cigarettes, the damage caused by violating Shabbos can take a while to surface.

There’s another dimension to this topic. Shabbos, like many of the mitzvot, involves separation. We declare after Shabbos that we are separating “holy from mundane.” When we eat kosher, we separate meat from dairy. We separate wool from linen. We marry a Jew rather than a non-Jew. On Pesach, we separate the chametz from our lives.

Why is separation such an integral theme in the Torah? Because we are holy, and to remain holy and to further reinforce our raison d’etre for being here, we must separate ourselves from certain things. We must draw a line in the sand and declare: This is right and this is wrong. There cannot be a blend because that would dilute and weaken God’s original intent.

When lines are not clearly drawn, Bruce Jenner can become Caitlyn Jenner (but still identify as a man on Thursdays); Arafat, yemach shmo, can assassinate hundreds, if not thousands – and then earn a Nobel Peace Prize; and the Reform temple in my neighborhood can have a non-kosher-catered kiddush on – wait for it – Yom Kippur (God, please forgive them).

That’s why texting is, in fact, a big deal. Because once the lines are blurred, our mission becomes clouded. Our separateness makes us holy. When the nations of the world were sacrificing children, the Jew said, “No!” When the world wasn’t giving charity, the Jew made a point of giving 10 percent of his earnings to charity. When contemporary farmers calculate profits every day, the Jew leaves his fields fallow once every seven years, happily relying on God’s guarantee that he will not only endure, but prosper.

Perhaps the easiest way to illustrate the dangerous effects of texting on Shabbos is with a parable of the Dubno Maggid. A petty thief once entered a shul to steal something small so that no one would notice it was missing and raise an alarm. He realized the chandeliers, the candelabras, and the silver and gold inlays would all be immediately noticed if they went missing, so he went to the dark attic and started feeling around for anything he could sell, if only to earn a few rubles for a meal.

Lo and behold, he came across a large solid steel screw, certainly worth something. He got out his old wrench and started twisting when, suddenly, he heard a loud crash. He ran out, realizing that the little screw in his hand had been holding up the fancy gold and crystal chandelier.

This is exactly what happens when we text on Shabbos or turn on a light. It may seem to be “no big deal,” but, in reality, it’s like “the small screw” attached to something much larger and greater. In this case, it’s attached to our Creator in Heaven. 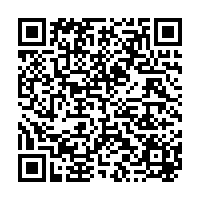