There are very few Jews in Malaysia. I know because I checked with the intelligence community—or at least, looked it up in the CIA World Factbook. But my point is that even though Malaysia has very few Jews, it apparently has its share of Jew-haters. Why should Malaysians miss out on this ancient yet increasingly fashionable brand of bigotry?

Ben Cohen of The Algemeiner was apparently the only reporter who considered the event significant enough to cover. Mohamad, he wrote, addressed “a packed audience at the university’s Global Leaders Forum.”

No one challenged Mohamad’s right to voice his hatred of Jews. Nevertheless, he felt compelled to defend that right. “When you say ‘you cannot be anti-Semitic,’ there is no free speech,” he instructed his audience.

He has a point and, if Columbia President Lee Bollinger takes it to heart, the Global Leaders Forum will soon be inviting global leaders who are anti-black, anti-women, anti-Hispanic and anti-LGBTQ. Columbia can strike blow after blow for free speech!

Mohamad added: “Why can’t I say something about the Jews when people say nasty things about me and about Malaysia?”

That troubles me, too. I find all those Malaysian jokes particularly offensive. Like the one about the Malaysian nonagenarian who goes into a bar with a duck on his head and … well, you’ve probably heard it a hundred times before, so there’s no point in my repeating it.

Among Mohamad’s oft-stated beliefs: “Jews rule the world by proxy.” Perhaps now, however, he realizes that exceptions to this rule include Columbia University—from which I have two graduate degrees, something I used to be proud of—and New York City where I was born and bred and where, back in the day, Jews did enjoy some influence.

Old-timers like me remember when the Rev. Jesse Jackson called the city “Hymietown.” That caused outrage and he subsequently “expressed regret.” There clearly will not be much outrage regarding Mohamad and he will not do as Jackson did. That’s one indication that anti-Semitism is on the rise.

Here’s another: In New York City last year, “there were four times as many hate crimes against Jews as against blacks,” New York Times staff writer Bari Weiss recently noted. Jews “beaten with a brick; whipped with a belt—are the tips of anti-Semitic icebergs found on both the left and the right that have moved definitively and rapidly into mainstream waters.”

She added that such attacks are “largely not covered by the press perhaps because, as in a majority of anti-Semitic instances in New York, the perpetrators were not white supremacists.”

Mohamad certainly doesn’t fall into that basket of deplorables. Nor, I should mention, is he a Holocaust denier. Indeed, at Columbia he confirmed that “there was a Holocaust,” and that there were “many Jews killed.” How many? Six? Six thousand? Six million? He’s apparently awaiting further evidence before he commits to a definitive number.

He did tell a young woman in the audience: “I was very sympathetic to them during the war, that was when you were not around.” Yes, and not having been around, the young woman cannot possibly appreciate how grateful Jewish victims of Nazism must have been to Mohamad for his sympathy. And, of course, most of those victims, unlike Mohamad, are not around to inform her.

Cohen writes that the event moderator, professor Lien-Hang T. Nguyen, never asked a tough question or challenged the speaker’s assertions and expressions of prejudice and animus. I’m sure Columbia faculty and students extend similar courtesy to speakers who identify as Republicans, conservatives and especially officials of the Trump administration. (You doubt that? Tsk, tsk! How cynical of you!)

“We have a lot of wisdom that we can draw on from you,” Nguyen told the senescent politician. At the conclusion of the program, he exclaimed: “That was amazing.” Yeah, like Mohamad didn’t know that!

I want to give Mohamad credit on one score: He’s honest about his Jew-hatred. He doesn’t pretend he’s only attempting to champion Palestinian rights. He doesn’t pretend to be supporting boycotts just to encourage Israelis to withdraw from “occupied territories.” He doesn’t claim that he’s not anti-Semitic but merely anti-Zionist.

That last claim I find particularly misleading and annoying. Because, given a choice, I’ll take anti-Semites over anti-Zionists any day. Garden-variety anti-Semites—I’m not talking about neo-Nazis or Stalinists or Khomeinists or Salafi/jihadis—disparage Jews. They don’t want them working in their businesses, living in their neighborhoods, or joining their clubs. That’s nasty but disparagement is survivable, and alternative businesses, neighborhoods and clubs can generally be found.

Anti-Zionists, by contrast, seek a more consequential goal. They want to deprive Israel of its fundamental right to exist. They want to end Jewish self-determination in any part of the ancient Jewish homeland, a unique refuge for Jews who fled not only from Europe but also—and in larger numbers—from Arab and Muslim countries.

Were anti-Zionists to achieve their goal, were they to succeed in eradicating the Jewish state, what would happen to the more than 6 million Jewish Israelis who live there? I think you know. I think Mohamad knows, too. Perhaps he’d be “very sympathetic to them.” If he’s still around, of course. 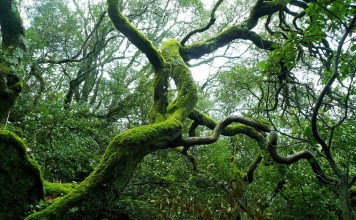