It’s been a year since that terrible day when Zionist fighter and advocate Ariel Fuld z’l was stabbed to death by a Palestinian Authority teen terrorist at the Gush Etzion junction; but his dream of putting together a truck to serve hungry IDF soldiers while they are out protecting the people of Israel has lived on.


It’s not so simple, to create a hospitality truck that serves Israeli soldiers in the field, as those involved in the project explained.

One can start with the difficulty of battling the constant thoughts that really, just a year ago it was Ari himself who was working on this project to honor the memory of his friend Yehoshua Friedberg, z’l – himself a victim of Palestinian Authority terrorism.

US Ambassador to Israel David Friedman, who knew Ari — a dual American-Israeli citizen — spoke at the event. “I still remember Ari’s funeral, the massive crowd and the incredibly moving words of his wife and children and siblings,” the ambassador said.

“Life has continued but no one has recovered. No one can fully recover from such a tragedy… [yet] with those last breaths, [Ari] saved others from the fate he had been decreed.”

Friedman called Ari the “triple-stranded rope — a proud American, a proud Israeli, and a proud Jew, each reinforced and strengthened the other two.

“We will never forget Ari Fuld. The Trump Administration and all of us are with you as you observe this first anniversary of Ari’s murder. May his memory be a blessing.”

To learn more about Ari’s work and help further the dream, click here. 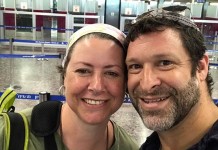 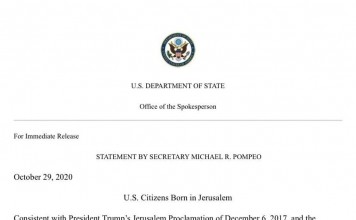 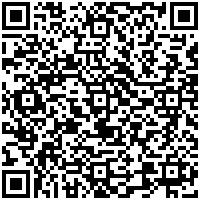