I have written several columns dealing with physical mindfulness, including potentially life-saving awareness when out in public. I have also pointed out the benefits of being organized and of being very aware of what’s status quo for your body, so if something was atypical or different, you could bring it to the attention of a health care professional in a timely manner.

This column will deal with spiritual mindfulness.


There are two aspects of mindfulness or lack of it, which I call chronically oblivious: We don’t focus on our relationship with Hashem and, just as important, we don’t focus on the mitzvot regarding the way we treat each other.

This month, I offer my view on our relationship to Hashem and the fact that many of us lack awareness when making brachot, which makes me very sad.

There are times when I am at a table with several other people and say the first paragraph in bentching together and continue on our own. I read and understand Ivrit quite well, so I’m not a laggard when it comes to reading, but I’m often amazed how quickly some people get through the rest; it seems like a minute or less. I doubt they are absorbing the message of how fortunate they are to have a full stomach and be able to eat in the normal way. That is truly something to rejoice over, and helps us put everything else in our lives, even the not so good things, in perspective.

I recently heard Mrs. Miriam Perez, the 2018 winner of the Israel Prize, speak. She lost two sons, both soldiers in the IDF, 12 years apart. Her husband died shortly after the loss of her first son, leaving her a relatively young widow.

I was never good at repeating conversations or lectures, but I will share her message. She explained how she went on with living – although many times she felt she couldn’t. She said she came to the realization that she had the choice: to not live or to live. She talked about how her sons loved her meatballs – as did her grandchildren who asked their Savta to bring it to them. Her friends brought the meat to her house, put it into a bowl, took out her herbs and spices and utensils, readying her kitchen for her to make her meatballs. She walked around the table, circling it over and over and not stopping. How could she make the meatballs her son loved when he would not be eating them?

At long last, she decided to live with her new reality. Her son was gone, but there were children who wanted her meatballs. She would not focus on what she didn’t have, but on what she did have.

There were times she yelled at Hashem, “I have seen one side of You, let me see the other.” And she did. Miriam was walking, and suddenly tripped on a banana peel. But there was a wall she was able to brace herself on as she fell, and she avoided serious injury. That was the side of Hashem she had asked to see. And she recognized it.

The message I took away was that one can still mourn what was, but be mindful, and appreciative, of the now. Often, we all have to accept a new “normal.” The way to attain this is to be aware and concentrate on the good aspects of the new reality.  Doing so can fortify your connection with Hashem, or re-ignite it.

Sometimes it takes a banana peel.

The question that begs to be asked is: why did Hashem place the banana peel in front of her in the first place? Why do any of us have to deal with potentially harmful obstacles when we are already reeling from so much drama and trauma?

Perhaps it’s to remind us that Hashem is keeping an eye on us and is letting us know that whatever burdens we have are for a reason. Maybe to let us know that slipping on a banana peel wasn’t part of the plan, so He protected us. Maybe to let us know that He is in control of the good, as well as all the other things He deems necessary for us to experience. We are His children, and while tough love is what He feels we need at times, He also gives sweet love.

In that vein, spiritual mindfulness is being aware that we are the ben and bat Melech. We are royalty and should feel good about ourselves.

Recently, I had coffee with a friend, who like me was raised by Holocaust survivors. She felt minimized because her parents were financially compromised, and she also struggled with being overweight.

As we were handed our coffees and began walking to our table, she heard the young baristas giggling. She looked at me and asked, “Do you think they are laughing at me?”

I was taken aback. I think many of us in our teenage years were very self-conscious and to a degree had what was then called inferiority complexes. I know I did, as I was often compared to my peers who inevitably were thinner, taller, neater, and more put together. It took a while, but I outgrew that attitude. Yet here we were, both of us grandmothers, and she still thought these random strangers were looking down on her and mocking her as if she was worthy of disdain. I reassured her that these millennials were absorbed in their own lives and likely talking about boyfriends.

We are royalty; we are the sons and daughters of the King of Kings. Being mindful of that will enhance are internal self-image, and fortify our journey, and help us go forward and navigate our lives with pride, simcha and hope. 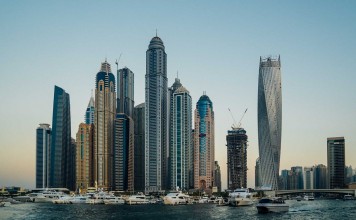