Last week German Chancellor Angela Merkel took a strong stand against the rising tide of anti-Semitism in Europe when she appeared at a Berlin rally against Jew hatred. Lamenting the attacks on Jews throughout Europe but especially in the country that had supposedly done the most to learn the lessons of the Holocaust, she vowed that her government would do everything in its power to fight against the revival of Jew hatred.

The question is not so much her undoubted commitment to this task but whether other European leaders and opinion leaders will draw the proper conclusions from the connection between the anti-Israel invective they have encouraged and the rising tide of anti-Semitism.


Speaking at the rally Merkel said the following:

It is a monstrous scandal that people in Germany today are being abused if they are somehow recognizable as Jews or if they stand up for the state of Israel. I will not accept that and we will not accept that.… It’s our national and civic duty to fight anti-Semitism…. Anyone who hits someone wearing a skullcap is hitting us all. Anyone who damages a Jewish gravestone is disgracing our culture. Anyone who attacks a synagogue is attacking the foundations of our free society.

Merkel deserves credit for putting herself and her government on the line on this issue at a time when this issue is becoming more of a concern. The atmosphere of hate she references is the result of a combination of factors in which the influence of immigrants from the Arab and Islamic worlds has combined with traditional Jew hatred as well as the willingness of many European academic and political elites to countenance verbal assaults on Jews and Israel in a way that would have been inconceivable in the first decades after the Holocaust.

Over the course of the past several years as anti-Semitism has moved from the margins of European society back to its mainstream, Israel has become the focus of anti-Semites. Seeking to veil their hate with the guise of legitimate political commentary, they have sought to draw a distinction between anti-Semitism and anti-Zionism, a difference that even many Jews continue to accept.

But Merkel’s pointed remark including supporters for Israel in her recitation of those under threat should alert her listeners to the fact that the line between hatred of Israel and that for Jews in general has long since been erased.

The idea that anti-Zionism is legitimate in a way that anti-Semitism is not has long been more a matter of nuance and semantics than reality. Those who would deny to Jews the same rights – the right to a state in their ancient homeland and the right of self-defense – they deny to virtually no other people on the planet is, by definition, an act of bias, and acts of bias against Jews are anti-Semitism, pure and simple.

While it is perfectly acceptable to criticize the policies of any government of Israel – Israelis do it every day – those who are dedicated to the destruction of Israel and opposed to any means of self-defense on its part, as opposed to just wishing to change its borders or government, are not engaging in legitimate political argument. They are, whether they initially intend it or not, actively supporting those who wish to commit ethnic cleansing and/or genocide against the six million Jews of Israel.

What we have witnessed this year is that anger over Israel’s refusal to allow itself to be attacked with impunity by Islamist terrorists is blurring any distinctions between socially unacceptable anti-Semitism and anger at Israel that has been deemed mere politics rather than hate speech. 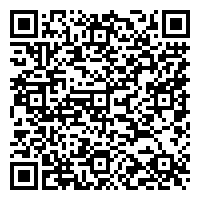