If the impossible happens and Donald Trump pulls off another unlikely victory Tuesday night, one factor may be what psychologists call the “recency effect.”


“Research on recency effects suggests that our last experience matters most in impression formation,” Michal Ann Strahilevitz wrote recently in Psychology Today, in a piece on the sequential importance of presidential debates. “This would predict that the candidates’ performance in the last debate will be the most influential in persuading undecided voters.”

Regardless of which side you’re on, it’s pretty clear that Trump’s performance in the first debate was abysmal, and that in light of his erratic performance during this pandemic year, his press coverage has been equally abysmal. So, by the time he showed up for his final debate with Joe Biden on Oct. 22, his image had reached rock bottom. There was pretty much nowhere to go but up.

Indeed, since that second debate, he seems to have recovered some of the energy that brought him to power in 2016. We’ve seen fewer of the Trump blunders we’ve become accustomed to. He survived COVID-19 and got back on the campaign trail, hustling in front of big crowds in battleground states. He’s still a flawed candidate, but even if you hate the guy, you have to admit that his optics have improved in these last couple weeks of this epic battle.

Will it be enough to trigger another miracle? I doubt it. Biden still has a significant lead in the polls, and there are not that many undecided voters left.

But if we’ve learned anything in American politics, it’s never good to pretend you’re a prophet. For example, a big unanswered question is: How many “hidden” Trump voters are there who lie to pollsters? Will this group be big enough to make a difference in key states?

It’s worth pausing to reflect on the craziness of this situation. We’re used to seeing election nights like Super Bowls or Academy Awards. We expect a winner. The only uncertainty is which network will declare the winner first. The “tiebreak” election of 2000 between Bush and Gore was an outlier. Nobody expected it. No one feared violence.

This 2020 election is a whole other animal. Most people I know are expecting that no winner will be announced Tuesday night. Many fear violence, regardless of who eventually wins. The fact that our expectations have sunk so low is a sign of how far we’ve fallen.

I did hear an interesting “silver lining” recently about not having a clear winner on election night: There may be less incentive to demonstrate on the streets while the results are uncertain. The ambiguity may diffuse the anger. The focus will be on the logistics of vote counting and the legal challenges. I guess we can be thankful for anything that could reduce the chance of violence and discord.

Will our country rise again in 2021 or will it find another rock bottom?

And if we do rise again, will the recency effect make us forget the darkness of 2020 and bring out the better angels of our nature?

That would be the miracle win. 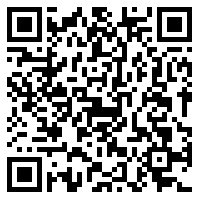