Who will speak up for her and thousands more?  Is the decimation of thousands of women’s lives worth anything? Should the cries of those abused at the hands of their fathers and significant others be heard by the Western world, which prides itself on preserving and promoting liberty? Or must their tears instead be sacrificed on the altar of political correctness and the assurance that people’s feelings aren’t hurt?

What of the children forced into marriages, considered to be property and cattle, what will you say to them! That a woman who stands up for them and champions their rights cannot be honored because a few morally obtuse individuals are upset that the philosophical ideas to which they adhere can dare be questioned! Is your conscience not pricked, sir! Indeed it should be.


Can it be that you value popular opinion over the freedom and sanctity that every woman so richly deserves?

There is comfort in going with the flow, President Lawrence, but standing for human rights even in the face of dissenters takes great courage.

Like Ayaan Hirsi Ali has done for most of her life, I ask you, President Lawrence, to do the heroic thing. 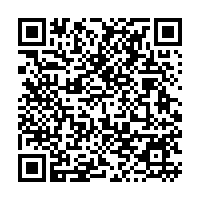