You have grown political as of late, and your politics have traction. Your YouTube video “Let My People Vote” has been viewed more than 1.4 million times. You have 3.4 million Twitter followers apparently eager to consume your mix of sexual references and political barbs.


I wouldn’t be writing these words had your most recent video not been framed in biblical language. Its title held deep significance to me, as I am sure was your intention.

Your name is Silverman. My name is Rosenblatt. We both have Jewish ancestors; I am not sure what else we share. You are good at what you do – comedy – and I try to be good at what I do – being a husband, dad, rabbi, and manufacturer of kosher meat. My wife and I are blessed with six children and my day is spent earning for the brood.

You stand out among comedians because your comedy is sharper than theirs. It is crude and clever, simple and punishing; your perception of the human condition is acute, which is why your punch lines bite deeper and hurt longer. You have a knack for finding faults and inconsistencies in people and blowing them wide open with carefully plotted language and cleverly nuanced pauses.

If I were to be gratuitous, I would say you mock what is imperfect because you know what perfect should look like and you seek the ultimate perfection.

But I won’t be so gratuitous. You are in show biz. I am in the rabbi biz. You entertain people. I serve people. I believe I have your number. You will soon turn 42 and your destiny, as you stated, will not include children. You blame it on your depression, saying you don’t want to pass it on to another generation.

I find that confusing, coming from someone as perceptive as you are in dissecting flawed arguments. Surely you appreciate being alive and surely, if the wonder of your womb were afflicted with your weaknesses and blessed with your strengths, it would be happy to be alive, too.

You said you wouldn’t get married until gay people can. Now they can. And you still haven’t married. I think, Sarah, that marriage and childrearing are not in the cards for you because you can’t focus on building life when you spend your days and nights tearing it down.

You have made a career making public that which is private, making crude that which is intimate, making sensual that which is spiritual. You have experienced what traditional Judaism taught long ago: when you make sex a public thing it loses its potency. When the whisper is replaced with a shout there is no magic to speak about. And, in my opinion, Sarah, that is why you have had trouble forging a permanent relationship – the most basic desire of the feminine soul.

Human beings have many acquaintances and fewer friends, but only one spouse. Judaism celebrates the monogamous, intimate relationship with a spouse as the prototype of the intimate relationship with God. Marriage, in Judaism, is holy. Family, in Judaism, is celebrated. But for you, nothing is holy; in your world, nothing is permanent. Your ideology is secular. Your culture may be Jewish, but your mind is not.

I think you have latched on to politics because you are searching for something to build. There is only so much pulling down one can do without feeling utterly destructive. You want to fight for a value so you take your belief – secularism – and promote it. As an Orthodox rabbi, I disagree with just about everything you say, but respect your right to say it. All I ask, respectfully, is that you not use traditional Jewish terminology in your efforts. Because doing so is a lie.

Nothing you say or stand for, Sarah, from your sickening sexual proposal to a Republican donor to your equally vulgar tweet to Mitt Romney, has the slightest thing to do with the most basic of tenets which Judaism has taught the world – that the monogamous relationship is the most meaningful one and that a happy marriage is the key to wholesomeness. 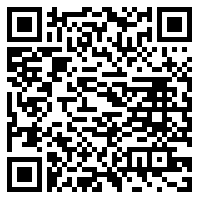