Yusuf al-Qaradawi, head of the Muslim Brotherhood and one of the most respected leaders of the Sunni world, recently said on Egyptian television, “If they [Muslims] had gotten rid of the punishment [often death] for apostasy, Islam would not exist today.”


The most striking thing about his statement, however, was that it was not an apology; it was a logical, proud justification for preserving the death penalty as a punishment for apostasy. Al-Qaradawi sounded matter-of-fact, indicating no moral conflict, nor even hesitation, about this policy in Islam. On the contrary, he asserted the legitimacy of Islamic laws in relying on vigilante street justice through fear, intimidation, torture and murder against any person who might dare to leave Islam.

Many critics of Islam agree with Sheikh Qaradawi, that Islam could not have survived after the death of the prophet Mohammed if it were not for the killing, torturing, beheading and burning alive of thousands of people — making examples of them to others who might wish to venture outside Islam. From its inception until today, Islam has never considered this policy inappropriate, let alone immoral. In a recent poll, 84% of Egyptians agree with the death penalty for apostates; and we see no moderate Muslim movement against this law. That 1.2 billion Muslims appear comfortable with such a command sheds light on the nature of Islam.

Unlike Americans, who understand basic principles of their constitution, most Muslims have no clue about the basic laws of their religion. Most Muslims choose ignorance over knowledge when it comes to Islam, and often refuse to comment negatively out of fear of being accused of apostasy. While in the West it is considered a virtue to try to understand one’s religion, ask questions about it and make choices accordingly, in the Muslim world doing the same thing is the ultimate sin punishable by death. What the West prides itself on, is a crime under Islamic law.

The main concern of Muslim citizens in any Islamic state is staying safe, alive and away from being accused of doing or saying anything against Islamic teachings. In such an atmosphere of fear and distrust, harm can come not only from the government, but from friends, neighbors and even family members, who are protected from prosecution for killing anyone they regard as an apostate.

It is not a coincidence that Muslim countries have the highest rate of illiteracy and that they lack education: in an Islamic culture that criminalizes not only apostasy, but also asking questions or doubting, ignorance is a virtue that protects you.

The Islamic and Judeo-Christian cultures are polar opposites when it comes to value systems and moral compasses — the core divisions between Islamic and Western morality. No religion other than Islam kills those who leave it — probably a sign of Islamic leaders’ lack of confidence in Islam’s ability to survive among other religions that do not kill to keep their followers in line.

In a different Egyptian television show on the “Al-Tahrir” channel, in a discussion of Islamic textbooks from Al-Azhar — the world’s premier Islamic University, in Cairo — students were told that “any Muslim, without permission of the ruler, can kill and barbeque a murtad [apostate] and eat him.” This lesson was confirmed to be in official Egyptian government books for high school students. The stunned guest on the TV show could not believe that Egyptian students of Islam are being taught that cannibalism of apostates is halal [permitted].

Policies such as these should be of great concern to the West. The West, however, appears to be in denial. It refuses to be openly concerned; and when its citizens are concerned, they are suppressed. They are sued [Geert Wilders, Lars Hedegard, Elisabeth Sabaditsch-Wolff, Mark Steyn, Ezra Levant]; assaulted [Kurt Westergaard in Denmark, Lars Vilks in Sweden, Charlie Hedbo weekly journal in France]; threatened with deportation [currently, Imran Firasat, from Spain to Pakistan, and Reza Jabbari from Sweden to Iran, where both will most likely be either imprisoned or sentenced to death]; issued death threats [Salman Rushdie, Geert Wilders, Ayaan Hirsi Ali, Wafa Sultan, M. Zuhdi Jasser], and sometimes murdered [Theo van Gogh]. 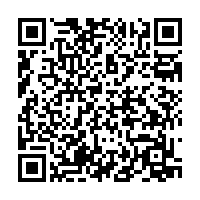