One way to gauge the import of the conflict erupting in Egypt is by looking at the character of media coverage in America.  Both sides of the political spectrum have been slow to advance narratives of blame.  What’s going on in Egypt doesn’t fit into any pat, off-the-shelf narratives.

There has been a curious absence of “themage” on the left: no unified narrative about this all being the fault of Bush-era failures of good fellowship, or of the plight of the Palestinians, or (my personal favorite) of warmongering arms dealers, oil mavens, or ([insert ROTFLOL here]) international banks.


Meanwhile, blame-fixing criticisms of President Obama are getting little traction on the right.  (I even saw Sean Hannity shouted down by other conservatives the other day, when he was advancing an Obama’s-to-blame theory.)  I have the sense that most on the right see – accurately – that what’s going on is bigger than either Obama’s shortcomings or America’s predicament under his leadership.  While the Arab Spring might well have never happened if the United States had had a different president in January 2011, it is more than overstating the case to say that it happened because of Obama.

It happened because of deep rifts and discontents in the Arab world.  Its progress since the initial trigger event has been shaped to some degree by the defensively triangulating inaction (mainly) of Obama’s America.  But there’s real there there, in terms of political divisions and conflict in the nations of the Middle East.

This is a genuine fight, not a series of mass protests out of which nothing will really change.  If we understand anything, it must be that.  The Western media have been reflexively – if perfunctorily – reporting the bloodshed in Egypt as a “military crack-down” on protesters.  But the truth is that, where military action is concerned, it is a strategy to get out ahead of civil war.  The Muslim Brotherhood has indicated that it intends to make a fight of this.  Its “protest camps” are not a stupid, time-on-their-hands Occupy Cairo escapade; they are bases from which to keep an armed fight going.

The Muslim Brotherhood does not care what happens to the people of Egypt: whether their streets become safe for daily life and commerce again.  It is willing to keep chaos and misery going for as long as necessary to topple the military’s interim government.  That is its present purpose.  The Muslim Brotherhood strategy is to make it impossible for the military to restore enough order and public confidence to move ahead with new democratic arrangements.  The strategy is pure Bolshevism, and we’ve seen it before, dozens of times over the last several centuries.

Reports from Friday’s fighting indicate that plenty of Egyptians are aware of this.  Citizens around the capital set up checkpoints to prevent the movement of Muslim Brotherhood formations:

Armed civilians manned impromptu checkpoints throughout the capital, banning Brotherhood marches from approaching and frisking anyone wanting to pass through. At one, residents barred ambulances and cars carrying wounded from Cairo’s main battleground, Ramses Square, from reaching a hospital.

And much of the fighting was between pro-Morsi supporters and other civilians:

Friday’s violence introduced a combustible new mix, with residents and police in civilian clothing battling those participating in the Brotherhood-led marches.

Few police in uniform were seen as neighborhood watchdogs and pro-Morsi protesters fired at one another for hours on a bridge that crosses over Cairo’s Zamalek district, an upscale island neighborhood where many foreigners and ambassadors reside.

In keeping with the astonishing mass scale of the national revulsion against Morsi’s rule in June and July, the current fight is developing as a popular one.  The anti-Morsi citizens have no intention of waiting around to see their government fall back into the hands of the Muslim Brotherhood.  They are taking to the streets themselves.

This will have to be remembered in the coming days, when poorly armed civilians inevitably begin dropping out of the fight.  The civil population does care, and care enough to fight with sticks, stones, and fists, if necessary, even though It will take the military to put down the Muslim Brotherhood decisively – if, indeed, the outcome ends up being defined in that manner.

It may not be.  A key organizing factor in the June and July civil protests against Morsi was the “Tamarod” movement, a pastiche of anti-Morsi forces with little to unify them other than their objection to Morsi’s rule.  Some throwing in with Tamarod are Salafists themselves (including a former leader of Egyptian Islamic Jihad); others bring some element of liberalization or secularism.  They made common cause with the military during the coup in July, but they are hardly a moderate, liberal, pro-Western force; in the days since, they have called for expulsion of the U.S. ambassador, and for Egypt to withdraw from the 1979 treaty with Israel.

Tamarod movements are busting out all over the Arab world (e.g., in Tunisia, Morocco, and Bahrain), portending many more months of instability and a long fight for the futures of these and other nations.  A movement with this much internal division to it will begin to splinter in Egypt: some of its members will want to take the lead in forging a new ruling consensus – specifically, in preempting the people to do so – and my bet for this is on the Salafists.

So there are more than two factions in the overall fight; this won’t come down to just the military and the Muslim Brotherhood.  Whoever plays the spoiler role could put together some kind of modus vivendi linking the opposing factions.  A little bit of gesturing toward civil protections for the people; a little bit of door left open to shari’a.  It wouldn’t last long, if history is any kind of guide.  But Western observers are likely to put stock in it (and even be hoodwinked by it).

It is not actually unusual for the governments and media of the West to misread developments like these (or at least to have the “deer in the headlights” look on their faces as they witness them).  The last time there was comparative unity and accuracy of understanding about a Bolshevik moment was – well, the actual Bolshevik moment, in late 1917 and the few years following it, when Western governments sought briefly to support the White anti-Bolshevists.  Whatever the merits of that policy, the understanding on which it was based was perfectly accurate.  Bolshevism was an uncontainable threat.

Within a very few years after that, Western governments, and many in our media, had become invested in misreading or ignoring manifestations from the sanguinary arena of collectivist statism.  We were quite tolerant of Mussolini and Hitler until they declared war on Stalin, and to this day, tendentious narratives of popular support are adduced in our academies to explain the advance of Marxist totalitarianism across the map of the globe through the late 1970s.  There were major movements in the free world to define away the threat of communism incident not only to Stalin’s excesses but to Maoism in China, the conflicts in Korea and Vietnam, the encroachments of Marxism on Latin America and Africa, and the standoff between East and West in Europe.

Throughout the 20th century, the bloody adventures of collectivism forced Westerners, and Americans in particular, to inspect and crystallize our view of who and what we were.  Through the “progressive,” statist movements in our own nations, we ended up being transformed away from the character we had once sought to honor and cultivate.  Yet for a time, in the late 1970s (with the election of Margaret Thatcher in the UK) and 1980s, we achieved a meaningful consensus that our liberal values had not been extinguished yet.  Acting on that consensus turned out to be enough, in that time and place, to overwhelm the failed ideology of Marxist socialism, in its totalitarian-state manifestation.

State-Islamism is doomed to inflict self-destruction and despair on its victims.  But what will we in the still-not-Islamist West do while it is organizing itself and launching its career?  We can’t go out and try to run everyone else’s county for him, after all.  And that said, we need not actively support the infliction of despotic Islamism on foreign populations.

How will we define ourselves during this process?  Will it be Islamism that has the momentum, with us defining ourselves as what we are not, in relation to it?  Or will we retake the public dialogue with our own propositions and language about liberty and limited government?  Our success in that endeavor was intermittent and incomplete, to say the least, during the Cold War.  Will we learn from that era and do better today?

Will we retain the capacity – always under attack, always fighting for its life – to define a totalitarian ideology truthfully, and let that truth be a guide to our policies?  These are questions to which we simply don’t know the answer.  There were days during the Cold War when even the most optimistic political observers would have answered them for us in the negative.

One thing we can be sure of, however – a thing we may see more clearly, I think, because we have the president we have today, and not a president who will act in a more traditional manner, according to the conventions of American statecraft.  The developments in Egypt have importance for the entire world.  They are about an ideological, Bolshevik-style assault on conventional, non-radicalized government.  That is the dynamic in play.  And, as much as they are about Egypt, the Egyptian people, and the fact that they do not want ideological “shari’a” rule, they are also, in an existential way, about us.  They are about who we are, and who we intend to be.  None of us will be the same when this is all over. 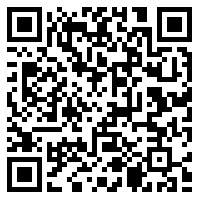